There’s another huge twist in the Drag Race All Stars 3 finale…. 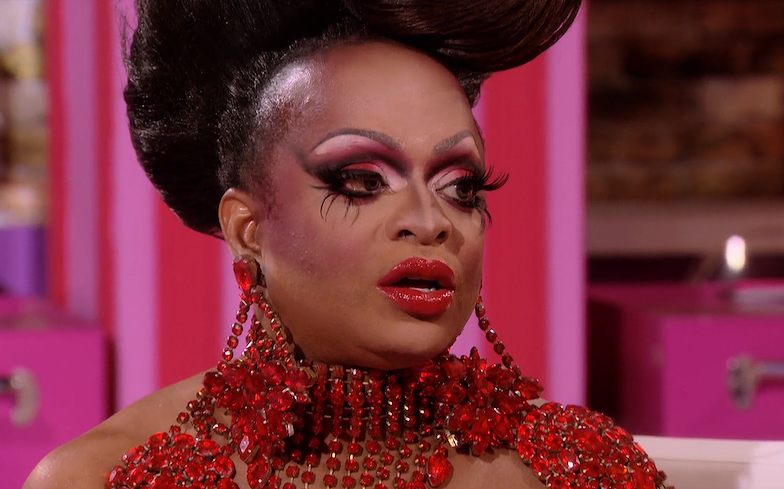 We can’t wait to see how this turns out…

The first preview for the All Stars 3 finale has premiered, and Drag Race fans are positively gagged.

This week, the final four contestants write, sing, and dance in an ambitious production number, and the eliminated queens ru-turn for another dose of revenge. The twist has remained tight-lipped, but considering the episode is called ‘A Jury of Their Queers’, we have a feeling the scorned queens will have a huge part to play in the winner’s crowning.

In the short preview, Thorgy Thor, Milk, Chi Chi DeVayne, Aja, BenDeLaCreme and Morgan McMichaels are spotted in the werk room, whilst an individual chair sits opposite them, and hunties, they look like they’re ready to read a bitch.

Kennedy, Bebe, Trixie and Shangela put the Read U Wrote U production to shame with their final challenge – seemingly oblivious to the huge twist – and we catch a glimpse of RuPaul and the judging panel before the winner is crowned.

“The queen that has earned her spot in the Drag Race Hall of Fame is…” says Mama Ru.

This is all speculation of course, but we can’t help but think it sounds like it’s not her decision…

The Drag Race All Stars 3 finale airs this Thursday (15 March) on VH1 in the US, and Comedy Central in the UK.

Are you happy/unhappy with the final four, and who do you want to win?

Unlike All Stars 2, this season is incredibly unpredictable. Alaska was the front-runner from the start of AS2, and with 5/6 wins under her belt, BenDeLaCreme would’ve undoubtedly been her equivalent this season. However, her shocking elimination changed everything…