There’s a hell of a lot of drama in the new teaser for Drag Race: Vegas Revue 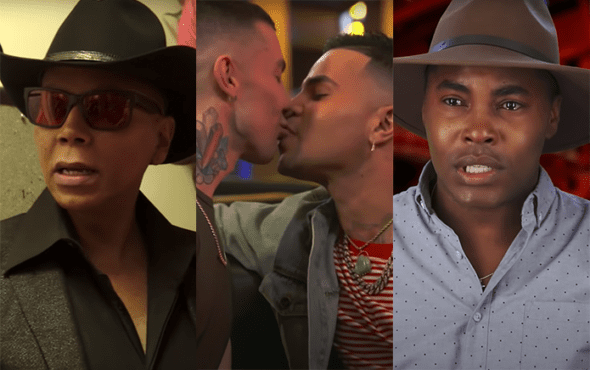 “This is a big event. Bitches, turn this shit out.”

Drag Race: Vegas Revue has unleashed another teaser ahead of its premiere next Friday and… the girls are fighting.

The series will give viewers a behind-the-scenes look at the franchise’s RuPaul’s Drag Race Live! show in Las Vegas, which was directed by Jamal Sims. It opened earlier this year, but was shut down due to growing concerns over the coronavirus pandemic.

The new three-minute clip shows more of the budding romance between Kameron Michaels and Vanessa Vanjie Mateo, as well as the conflict between several of the show’s former contestants, including Asia O’Hara, Derrick Barry, Naomi Smalls and Yvie Oddly.

RuPaul can be seen trying to arbitrate the drama between the queens, before they express concern over how the coronavirus will affect the show after Broadway goes dark. “What is going to happen to us?” says Michaels.

The six-part series will follow the aforementioned Drag Race legends, with guest appearances from Coco Montrese, Jan and Nebraska Thunderfuck, “as they showcase the charisma, uniqueness, nerve and talent it takes to pull off groundbreaking performances in front of a live audience.”