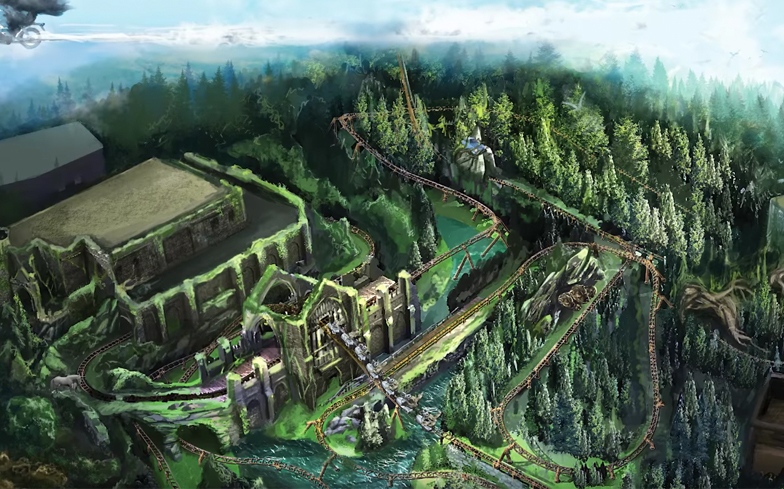 Buckle up, it’s time to take flight through the Forbidden Forest…

Universal Orlando Resort have revealed further details about their ground-breaking new attraction, which will be an addition to the park’s incredible Wizarding World of Harry Potter.

Hagrid’s Magical Creatures Motorbike Adventure will soar into the resort on 13 June, offering visitors a “new level of storytelling and innovative coaster technology with rich environments and sets”.

Guests will start at 48 feet high for Hagrid’s Care of Magical Creatures class at Hogwarts, before boarding magical motorbikes specially designed to make them feel the freedom of flight.

Sitting either on the bike or in the passenger sidecar, guests will embark on a trip through the Forbidden Forest for a guide to all the magical creatures that reside in the mysterious grounds.

The Forbidden Forest has been created with 1,200 live trees specially planted for the attraction, with the ride reaching speeds of 50mph as it whizzes over top.

From a majestic Centaur to mischievous Cornish Pixies, the forest plays home to many of JK Rowling’s fantastical creatures.

As for Robbie Coltrane – who plays Hagrid in the eight blockbuster Harry Potter films – he has also been a part of the project.

He appeared at the London unveiling of the new attraction, saying that he is excited for guests to experience this all new storyline for the beloved half-human, half-giant.

Hagrid’s Magical Creatures Motorbike Adventure joins the line-up of The Wizarding World of Harry Potter’s award-winning attractions, including Diagon Alley, Hogwarts, Hogsmeade, and the Hogwarts Express all brought to life.

Related:Ezra Miller would love to see a non-binary magical human in Fantastic Beasts