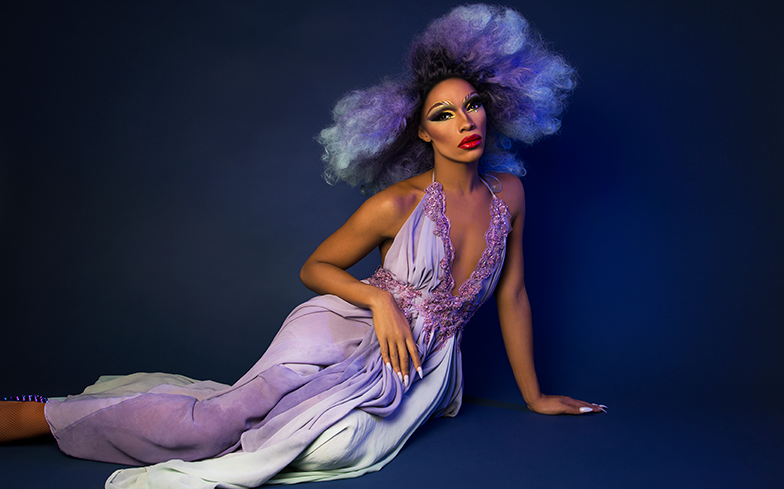 The Vixen has released a powerful new single in which she addresses racism and police brutality.

The Drag Race star raps on the track: “Learned social studies from a Black man / Proud to tell me my history / Was more than what this country done did to me / Fuck slave ships and assassinations / We invented shit, let’s get Black to greatness.

“Everywhere that I go / Police wanna follow / The truth is hard to swallow / Bitch, I’m from Chicago.”

Speaking to Billboard, The Vixen said of the hip-hop song: “This song was really hard to keep under wraps because it expresses who I am underneath the makeup.

“Half of it I wrote on a rooftop of my condo in Chicago and the last part came to me in the studio after seeing some black influencers on Twitter talking trash about me. I got heated, I took a 20 minute break and came back with more bars.”

Chicago is now available on iTunes and streaming services – listen below.

Earlier this week, The Vixen explained why she walked off Drag Race’s season 10 reunion.

In an interview with Johnny McGovern for the latest episode of Hey Qween, the legendary performer said the production team wanted her to make “good TV” for the finale, but she wasn’t willing to provide them with the drama.

“I had not planned on having any type of epic battle with RuPaul,” she admitted.

“I knew they wanted to get to all the drama. I think I was disappointing to the producers because they were like, ‘How you feeling?’” to which she responded, “‘I feel good, I just wanna get across the finish line.’

“I was trying to stay in such a zen place. They were like, ‘Well, we still need good TV’, and I was like, ‘Look elsewhere. Haven’t you gotten enough from me?’”

Before the season 10 contestants all hit the stage for the reunion (which was actually filmed after the finale), The Vixen contacted her fellow queens of colour via message to request that they remain civil, because of their upcoming performance of Black Girl Magic.

“They just could not get a rise out of me, and so then, it just got to this point where Ru was the one trying,” she continued. “I was like, ‘It’s time to go.’ Nobody goes on Drag Race to argue with RuPaul.

“You want me to argue about drag and race with RuPaul on RuPaul’s Drag Race? No thank you, I’m not doing it. That was never the option, and they were not expecting that. Ooh that was fun!

“By the time a producer came upstairs, I was out of drag. I was putting on jeans, ‘Hey how you doing?’ And I still wasn’t angry. It’s not the greatest career move, but it’s what I needed to do for myself at the time, and I think people forget about that.”