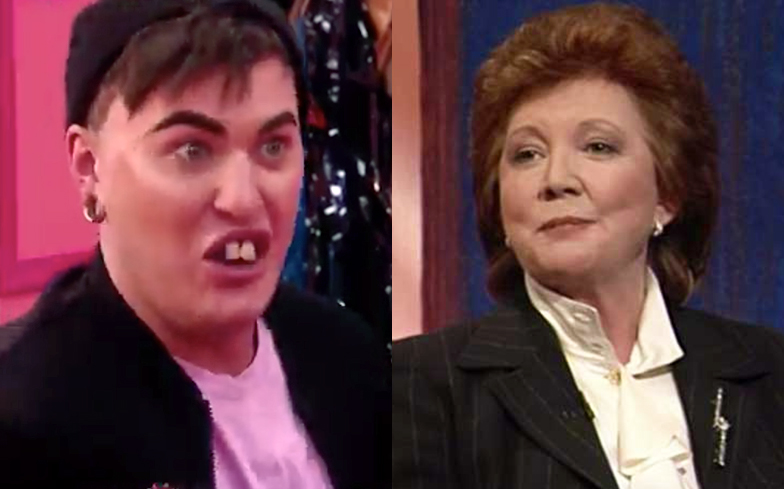 We might just have a winner on our hands.

In an exclusive preview of this week’s episode of Drag Race UK, which sees the queens compete in the legendary Snatch Game, Liverpool queen The Vivienne reveals that she’s stuck between three different celebrities to impersonate.

Next there’s English television personality Kim Woodburn, who The Vivienne already impersonated (excellently) in episode one, so we’re not sure she’ll bring her back so soon.

Her final choice is fellow Scouser and Blind Date icon Cilla Black (gone but not forgotten), and after seeing The Vivienne’s portrayal of her, we really hope she chooses her for Snatch Game.

Watch the preview here or below.

The teaser for the episode promises drama…. and conflama. We see Divina De Campo practicing her impersonation of Margaret Thatcher aka The Iron Lady, before she’s told by the other queens that Baga Chipz had brought the same character.

Later on the judging panel, Michelle Visage gushes to RuPaul about one particular contestant that may be – in her words – “the best Snatch Game character in the history of the show”. This queen has big boots to fill.

Lorraine Kelly and Stacey Dooley will join the contestants for the challenge, while Geri Halliwell will sit on the panel. We think we speak for everyone when we say: MI CHICO LATINO HAS TO BE THE LIP-SYNC SONG.