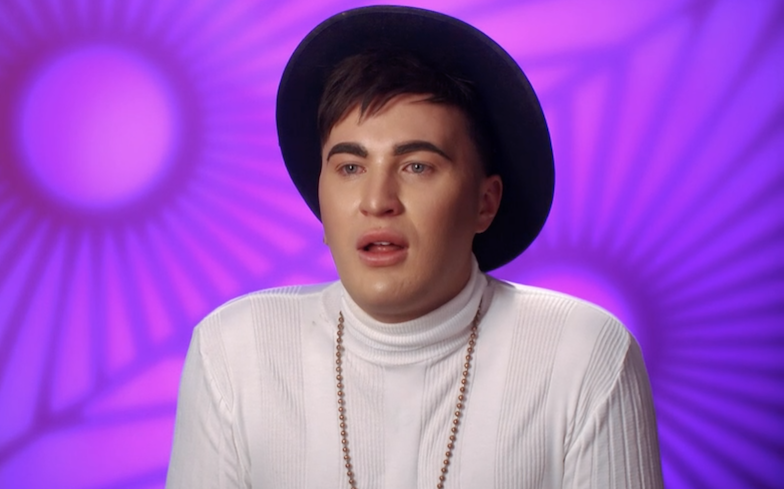 “It was the loneliest part of my life, I was killing myself.”

The Vivienne bravely shared her experience with drug addiction on this week’s episode of RuPaul’s Drag Race UK.

Before the queens hit the runway, The Vivienne admitted that she was a drug addict for four years in part to her crazy lifestyle as a drag entertainer. “It was party, drugs, but I couldn’t leave the drugs at the party,” she revealed. “It was constant for me.”

For seven nights a week, The Vivienne would perform in bars and clubs. When it came to the day time, she “didn’t do anything” and latched onto drugs because of boredom. “It was a habit that caught on a bit too quick and a bit too hard,” she continued.

“When people say, ‘You’ve got to hit rock bottom to get further,’ it sounds so stupid but it’s the truth. I had to be kicked out of my house and told that I would be dead by the time I was 30. It was the loneliest part of my life, I was killing myself… and my family don’t even know. I was pissing my life up the wall and I could’ve been dead now if I didn’t do anything about it.”

To kick her addiction, The Vivienne moved to Spain, where she met her current partner David. She’s now two years clean and wants to use her platform on RuPaul’s Drag Race UK to help other people overcome their addiction.

She told her fellow queens of a rehabilitation centre in Liverpool called Armistead, “a free and confidential support, information and sexual health promotion service for the lesbian, gay, bisexual and trans (LGBT) community”.

“The Armistead do an absolutely amazing job,” she explained. “I fell into that trap, but you can get out of it with the support and help of friends, family or even yourself – you’ve got it deep inside of you. Look at me now, I’m on Drag Race season one!”

On this week’s episode of Drag Race UK, the queens’ creative marketing skills were put to the test as they were tasked with creating their own unique brand of bottled water. Girls Aloud icon and UK chart-topper Cheryl made her judging debut.

Next week, the remaining four queens – Baga Chipz, Cheryl Hole, Divina De Campo and The Vivienne – will give their loved ones a drag makeover. Chewing Gum star Michaela Coel will guest judge, while Alan Carr will return after a two-week absence.