The Upstart Crow is occasionally funny but ultimately frustrating – review 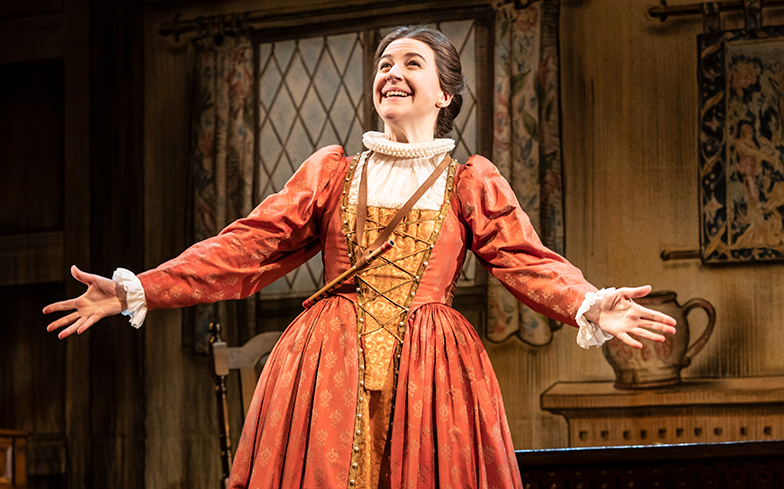 It’s tricky to know how to review The Upstart Crow objectively. On the one hand, it’s evidently been written for existing fans of the TV show. On the other, with a lengthy run scheduled at a sizeable West End theatre, it will need to appeal to a wider audience than simply expecting London-based viewers of the show to come along. For the duration of the performance we couldn’t escape the feeling that fans of the TV show may enjoy this stage version, but those unfamiliar could end up hating it.

It doesn’t start promisingly. The opening scene plays out on a cheap-looking and flimsy set, with the laughs supposedly coming from silly slapstick tomfoolery and lazy one-liners. Things do improve when David Mitchell takes the stage – several of his punchlines are genuinely very funny and his deadpan delivery is expert. His is such an assured performance that it’s difficult to believe this is his West End debut.

Ultimately we found it frustrating, however. It seems to tread an uncomfortable line between being woke and politically incorrect which doesn’t sit very well at all. It goes to great lengths to highlight the injustice of an age where women can be queens, yet can’t be actors; where homosexuality is widely practiced, yet too transgressive to depict on the stage; where people of colour are well documented, yet BAME narratives are almost entirely excluded from British history. At the same time, the script seems incapable of resisting a cheap gag when the opportunity presents itself – many of which are rather unfunny.

It also doesn’t feel like it suits this format very well. There’s enough material here to make an amusing 25-30 minute TV programme, but at two hours it seems a bit drawn out and repetitive. Many jokes are repeated time and again. Some of the punchlines land – the dramatic irony of setting up the plots for Othello or King Lear is mildly entertaining – but some are less successful. The lengthy build towards The Winter’s Tale’s stage direction involving a bear can be anticipated a mile off and is utterly cringeworthy when it finally arrives.

We can’t honestly recommend The Upstart Crow. If you’re a huge fan of the TV show you’ll probably find some enjoyable moments, but with the best stalls seats costing upwards of £170 a pop you’re probably better off staying in and re-watching your favourite old episodes. For anyone who isn’t already a big fan, this stage rendition is undoubtedly best avoided.