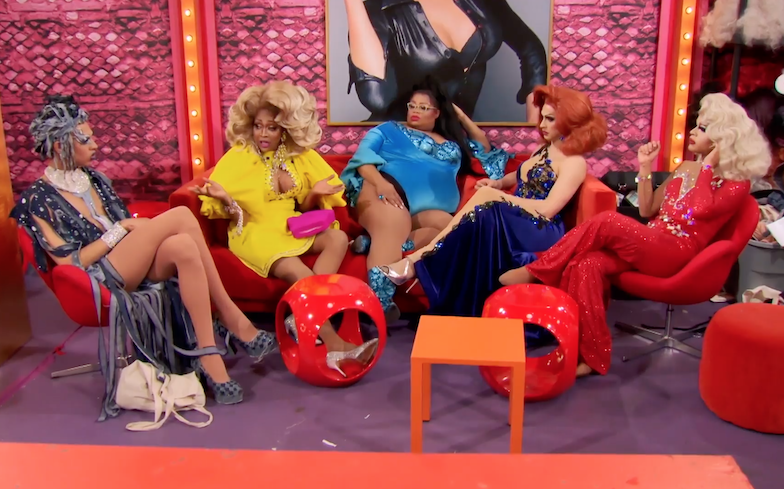 “The two girls everyone said should go home are still here.”

The queens are shaken after Nina West’s controversial elimination in the preview for this week’s instalment of Drag Race, with A’Keria C. Davenport saying it “gut punched her”.

As the contestants sashay back into the werkroom, Brooke Lynn Hytes says in her confessional, “I hate that Nina is gone, she was always there for me. It sucks seeing her go.”

Silky, who was put up for elimination against Nina in the previous episode, expresses her disappointment, and also paranoia, after being deemed one of the worst contestants of the week.

“I’m kind of shook that I was in the bottom two, it was all a set up,” says Silky. “Miss shady Brooke Lynn gave herself the easiest task of the week, and she put me with Soju! She was trying to get me to go home, but not today Satan.”

A’Keria later points out that none of the surviving queens voiced that Nina should go home. Last week, RuPaul asked all six contestants which of their competitors should get the boot, and they all said either Silky or Yvie Oddly.

“The two girls everyone said should go home are still here,” she tells them.

Shortly after the queens recover after last week’s events, Michelle Visage informs the queens of their next challenge: to write and record a verse in a performance of RuPaul’s brand new single Queens Everywhere.

Will it top Read U Wrote U? Kitty Girl? American? Tune into VH1 this Thursday to find out, and to see which queens reach the coveted top four.