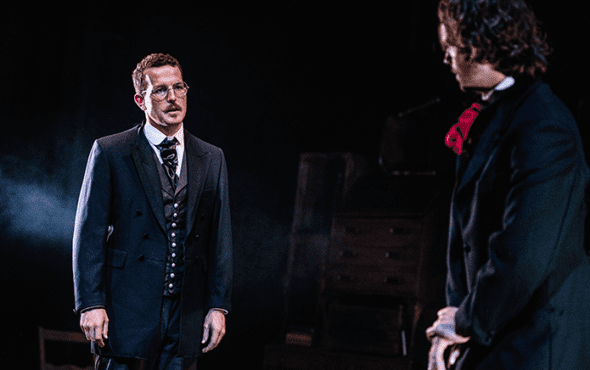 Nick Lane’s adaptation of Robert Louis Stevenson’s classic novella is returning to the stage and screen.

About three years ago – although in the world of theatre it absolutely feels like a lifetime, given the events of this year – we were invited to the Greenwich Theatre to review Blackeyed Theatre’s touring production of The Strange Case of Dr Jekyll and Mr Hyde. We were impressed with the haunting, horror-filled treat of a show at the time, praising the visually-striking set and the tense, dramatic moments.

For those unfamiliar with the story, it focuses – unsurprisingly – on the lives of Dr Jekyll and Mr Hyde, and the peculiar relationship between the two. There is a shift in perspective from the book; Robert Louis Stevenson’s original keeps readers guessing and having to piece puzzles together, while this adaptation puts the focus squarely on Dr Jekyll and his experimentation – but otherwise the events of the tale remain faithfully intact.

Of course, watching the show on the small screen is less atmospheric and gripping than actually being in the theatre – on occasions during the stream we can see audience members in the venue and it’s difficult not to be a bit jealous, knowing they’re enjoying a more immersive experience. Yes, it’s still creepy, it has some scary moments, but it lacks the impact of being in the room. The visual and audio quality is solid throughout, but as theatres gradually start to reopen we can’t help but feel it would be a more enjoyable experience to hang fire a couple of months for the tour to start as opposed to watching the show online. 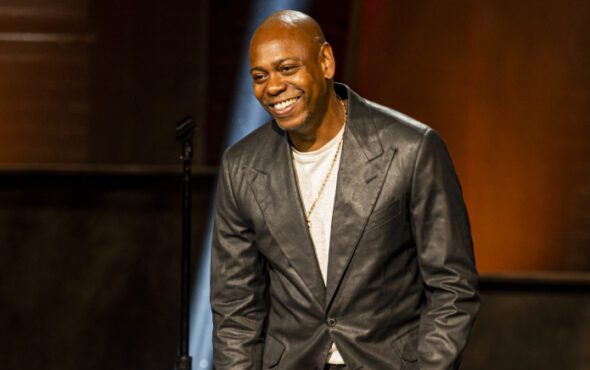 We also had a slight issue with pacing – it weighs in at over two hours, which seems unnecessary given the brevity of the novella on which it is based. It’s less of a problem in the theatre, but at home with distractions all around, we occasionally wanted it to pick up the pace again.

The Strange Case of Dr Jekyll and Mr Hyde remains a solid show. It’s haunting, atmospheric and intriguing, the small cast handle their roles deftly and the production quality of the stream is sound. In the short term we can see how this might make some good alternative Halloween viewing, for those who are bored of watching the same scary movies on repeat. As a theatrical experience, however, we’d rather wait for the UK tour (commencing in January) than watch this on the small screen.