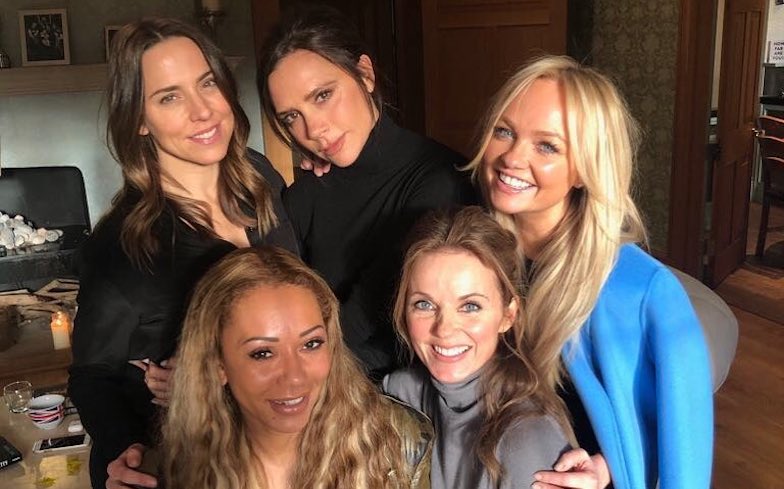 The long-awaited follow-up to Spiceworld is coming, people.

Yep, you read that right. According to a new report, the Spice Girls will reunite for a new movie, where they will star as an all-female superhero team.

Okay, so they won’t actually be physically in it, but Variety has reported that each of the band members has agreed to their likeness being used for an animated flick, and they will each voice their characters.

Each of the members will have a ‘girl power’, which will reflect their particular personality trait.

A source told the publication that all of the girls are committed to the project, and that they are “fired up about the idea.”

They added: “The Spice Girls are thinking big in terms of a franchise on a global scale. They’re the most successful girl group on the planet. It’s just what Marvel or Disney needs.”

The girls recently confirmed that they had all gotten back together to discuss their future, but what that entails has yet to be announced.

There have been plenty of rumours of a new world tour, but Victoria Beckham has played down speculation around that.

Instead, the group said that they had met “to explore some incredible new opportunities together.”

Meanwhile, the upcoming Spice Girls exhibition is heading to the Business Design Centre in Angel, Islington, London later this year, and it’s set to be the biggest exhibition ever.

It will showcase thousands of memorabilia, iconic stage costumes, and some never before seen pieces.

The exhibition will showcase how the Spice Girls went from band to brand, the most recognisable face of Cool Britannia, and the biggest British pop phenomenon since Beatlemania.

A Union Jack decorated bus will also take fans on a tour of iconic Spice Girls locations around London, and will treat them to a Spice Girls dance class – for children and adults, live music performances, and many other unconfirmed events.

The Spice Up London Exhibition will be in London from 28 July until 20 August 2018. You can buy tickets for it, here.