The Son a moving depiction of depression – review 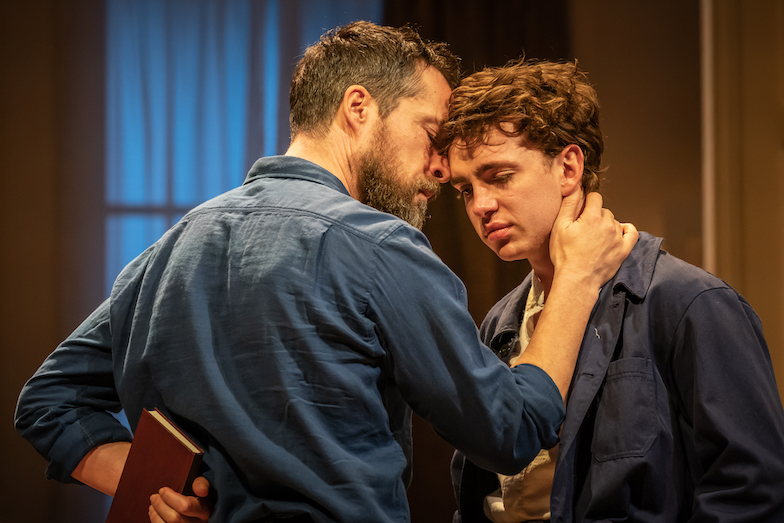 The Kiln Theatre’s production of Florian Zeller’s play has transferred to the Duke of York’s Theatre, directed by Michael Longhurst.

We’re rapidly becoming big fans of the Kiln Theatre’s productions, following their excellent shows Wife and Blues in the Night earlier this year. The Son, another of their 2019 productions, has now transferred the West End for a 10 week run. It follows the story of Nicolas (Laurie Kynaston), a teenage boy who becomes depressed and starts skipping school. He thinks that moving out from his mother’s house and in with his father’s new family may solve his issues – but when he doesn’t settle there either, he begins to worry he may be out of options.

The third part of Florian Zeller’s family-based trilogy, following on from The Father (which explored the main character’s dementia) and The Mother (which studied a woman in the throes of psychosis), The Son focuses on Nicolas’ depression and his parents’ attempts to find a solution. It’s a relatively brief play, at 100 minutes without an interval; instead of trying to unpack and analyse Nicolas’ depression, Zeller simply presents it and the frightening challenges which ensue.

As such there’s a degree of ambiguity – aside from the assumption that Nicolas feels a divided loyalty to his divorced parents, we’re not given any indication as to specific events which may have triggered his illness. The Son is, at times, difficult to watch – it presents a raw, moving depiction of depression and various members of the family struggling to cope with the realities of Nicolas living with this condition.

John Light and Amanda Abbington are both excellent as Pierre and Anne, Nicolas’ divorced parents; both evidently struggling with the situation, and neither able to pinpoint the reasons for their son’s problems or offer any meaningful solutions, they instead grasp for any small indication that he may be on the road to recovery. It’s uncomfortable to watch, but their pain and frustration is palpable – the quality of the acting here really is very strong.

The strength of the cast and creative team really makes this a great production. Although the play itself offers a compelling and at times deeply moving account of depression, we felt a couple of the twists and turns were a bit predictable and uninspired. However, the impressive performances, coupled with some effective staging and sound design, have resulted in yet another Kiln Theatre production that we’d gladly recommend.