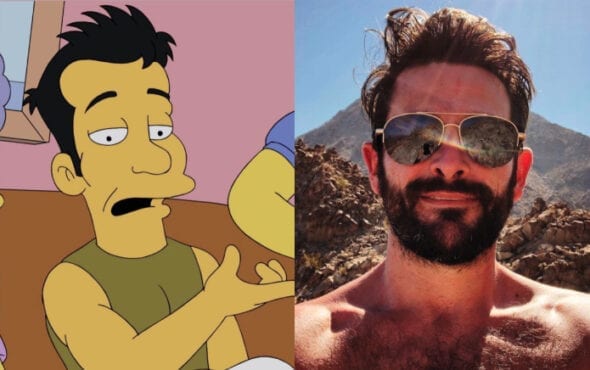 The Simpsons’ team continue to diversify their characters with their latest casting announcement.

The character of Julio – Marge Simpson’s gay Cuban hairdresser – has been given a voice makeover and will now be played by Tony Rodriguez.

Rodriguez, who also identifies as gay and is Cuban, will be taking over the role that was originally played by Hank Azaria.

The character of Julio first made his appearance in the 14th season of the comedy series and has appeared in 30 episodes. Julio was also linked to Waylon Smithers, the personal assistant to Homer Simpson’s boss Mr Burns.

Taking to Instagram, Rodriguez shared his excitement about taking over the character with the caption: “Tonight I make my debut on the Simpsons as gay, Cuban Julio. This is a dream come true for me and I was already a living cartoon.”

Rodriguez made his debut on the series at the end of March in the episode Uncut Femmes.

Over the last few months, The Simpsons’ creators have made an effort to increase diversity amongst the cast.

Before officially joining the series, Rodriguez sent in his bid to voice the character this past February.

The actor showcased his comedic talent with a hilarious two-minute Instagram video.

“In the past two years, I have seen myself more in the show, and by that, I mean specifically the part of Julio, who is gay like me, he’s Cuban like me,” he exclaimed.

“Thank you for your time. For me to voice a character in The Simpsons would be very… aspirational,” he said.