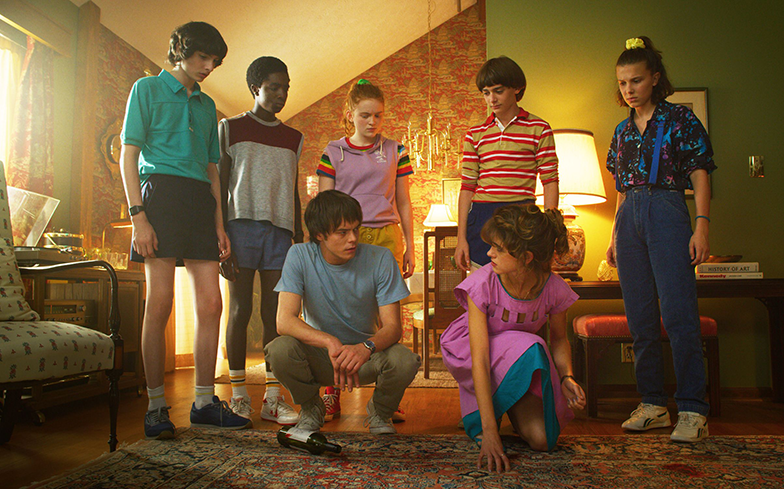 “It wasn’t really until we were shooting episode four and five, I think, that we made the final decision.”

After a two-year break, some critics and fans are declaring it the most riveting and charming season so far. Netflix has revealed that 40.7 million accounts had watched Stranger Things 3 in the first four days since its July 4th premiere.

The season follows the main cast as they navigate puberty, love, rabies-ridden rats and a Russian conspiracy. Oh and of course, the demons of the Upside Down are back, and this time, they’re possessing the citizens of Hawkins.

This season, “single mom” Steve Harrington meets his match in the love-able Robin (Maya Hawke, daughter of Uma Thurman and Ethan Hawke), as the dynamic duo face the Russians head on with the rest of the ‘Scoops Troop’ Dustin and Erica.

A budding romance between Robin and Steve was heavily implied, however fans were surprised to find that halfway through the season Robin reveals that it wasn’t Steve she liked, it was another one of their classmates, Tammy Thompson.

Robin’s coming out was met with a highly positive reception from fans and critics, who welcomed the inclusion of an LGBTQ character and commended how well Stranger Things handled the heart warming scene.

Maya Hawke has now revealed that the decision on Robin’s sexuality was actually decided halfway through production.

The actress told Variety in an interview: “The Duffer brothers and [producer] Shawn Levy had a lot of conversations throughout shooting and it wasn’t really until we were shooting episode four and five, I think, that we made the final decision.”

“It was kind of a collaborative conversation, and I’m really, really happy with how it went,” Maya then revealed.

“I loved Robin, and I gave her everything I had, and I tried to make her as human and multidimensional as I could, and I wanted people to love her.

“But honestly when you bring a new character onto a TV show that is already so beloved, it’s very rare that it’s received that well… and I’m so grateful that people fell in love with Robin the way that I did.”

Catch all three seasons of Stranger Things on Netflix now.