The Ridiculous Darkness a challenging piece of theatre – review 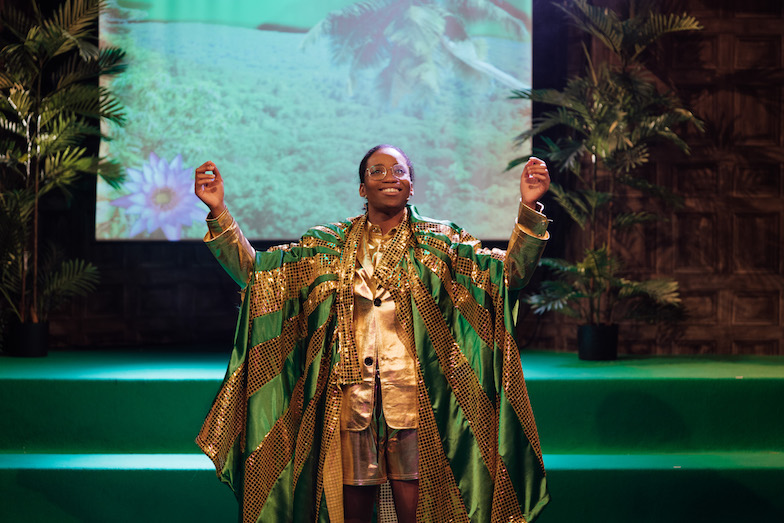 The Ridiculous Darkness seems an appropriate title for this play – it’s conceptually quite ridiculous and features extended periods of blackout. Written as a response to Heart of Darkness and Apocalypse Now – and drawing heavily on source material from the former – it is told by four black female performers playing mostly white male roles. It tells different stories in various settings – the opening scene takes place in a German courtroom but we’re swiftly transported to the Hindu Kush, where a search party is looking for a missing lieutenant in the Afghan rain forest.

If it sounds peculiar that’s probably because it is. It’s not the case that there’s too much going on here – we were able to follow the central story line – but we didn’t feel the narrative strands were interwoven in a particularly meaningful way. There were some more experimental and abstract moments too – some of which we liked, some we didn’t. For example, being able to see the source material of the sound effects on stage was entertaining to watch in its own right. However, we didn’t really enjoy the ‘fake interval’ section – it felt odd and unnecessary.

It does have a reasonable dose of humour however, which we did appreciate. While a handful of punchlines fell flat, most of the jokes landed and were pretty funny. We thoroughly enjoyed a performance of The Lion Sleeps Tonight, initially set up as a hymn, but delivered more akin to a karaoke number, at one of the missions in the rain forest – it was genuinely very funny to watch.

Ultimately, though, we found The Ridiculous Darkness just a bit baffling; it’s an over-ambitious and challenging piece of theatre which is only a partial success. It’s not without its moments – a handful of genuinely funny sketches help – but on balance it’s not a play we can wholeheartedly recommend.