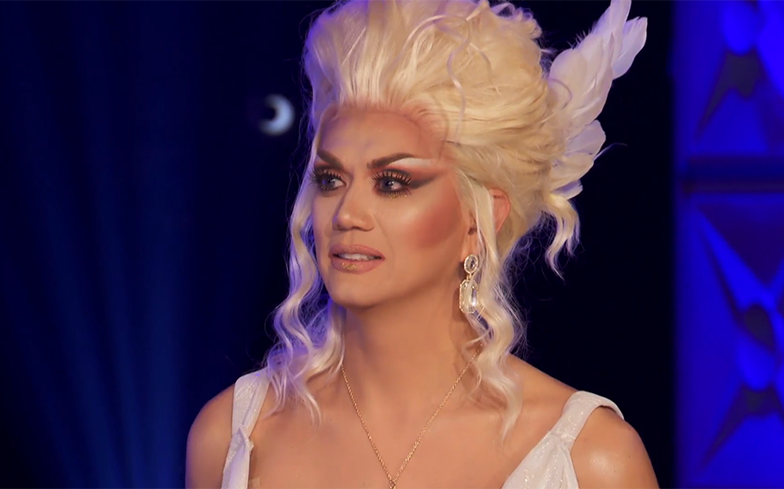 “If Manila is in the bottom, we don’t even need to deliberate. I’m turning the lip sync out, and she is going home.”

The preview for the next episode of Drag Race All Stars has been released, and honey.. it’s getting severe up in here.

The queens return to the werk room following Latrice Royale’s elimination, and understandably, Manila Luzon is heartbroken. In the first season of All Stars, team Latrila sashayed away from the competition after Manila lost a lip sync to Jujubee, so she feels like she failed her friend for a second time.

“It’s so hard because I couldn’t save my friend and it makes me feel like I’m not good enough,” she tells the other contestants, before revealing that she chose Monét X Change’s lipstick.

Monét, gagged by Manila’s decision, tells her: “There’s no rulebook of how to play All Stars, if you wanted to pick my name to go home, that’s your prerogative, that’s how you wanna play the game. That’s good to know.”

Later, Monét reveals that if Manila finds herself in the bottom two, then she’ll have no problem eliminating her.

“We’re all realising the game she wants to play,” she says. “Miss Congeniality is cracked. The trophy is down and I’m ready to play ball. If Manila is in the bottom, we don’t even need to deliberate. I’m turning the lip sync out, and she is going home.”

And Monét isn’t the only queen who’s coming for the fan-favourite queen. After RuPaul reveals the main challenge – a tribute to Lady Bunny’s memory with a roast (don’t worry, she ain’t dead) – Monique Heart decides to place Manila in last place, because it’s the hardest slot.

Watch the preview for the fifth episode of Drag Race All Stars 4 below.

The episode airs Friday in the United States on VH1 and in the UK on Comedy Central.

Related: Farrah Moan has something to say about Drag Race All Stars 4.