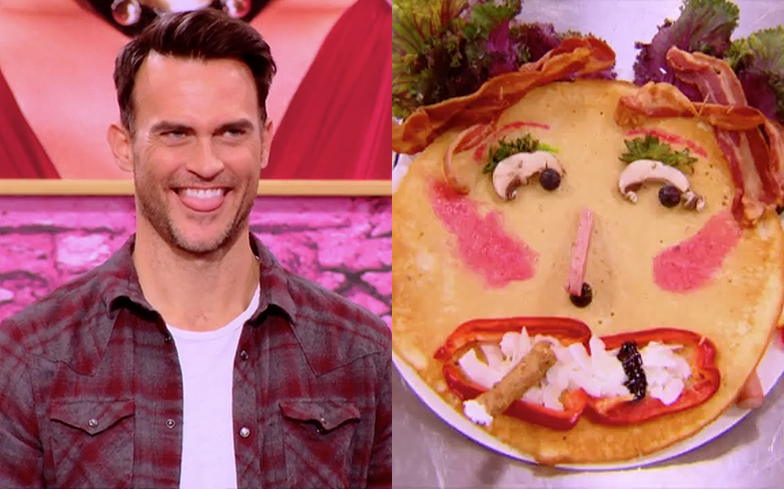 Drag Race is back this week. Can we get a ‘halleloo’?!

We think we speak for the whole Drag Race fandom when we say we are extremely fucking pleased season 10 returns this week.

We’re down to the top five, so this week is make-or-break for the queens. We’re left with Miz Cracker, Aquaria, Kameron Michaels, Asia O’Hara and Eureka, and one of them will be told to sashay away. Anyone else shit-scared their fave is going home orrr?

In this week’s mini-challenge, the queens drag up some pancakes for special guest star – and American Horror Story actor – Cheyenne Jackson.

Nicole Byer guest-starred on the wrong week hunties, because some of these plates are absolutely terrifying. We didn’t half let out a, as Joslyn Fox would say, “gasp!”

RuPaul declares Asia the winner, before announcing this week’s maxi-challenge: the queens must present two distinct characters, their best self their “dark side biyotch” evil twin. Sounds like the superhero challenge from All Stars 1 doesn’t it?

Girls actress Lena Dunham guest-judges alongside R&B princess Ashanti. Please Ru, give us that Only U lip-sync…

Take a look at the 12-minute preview below: