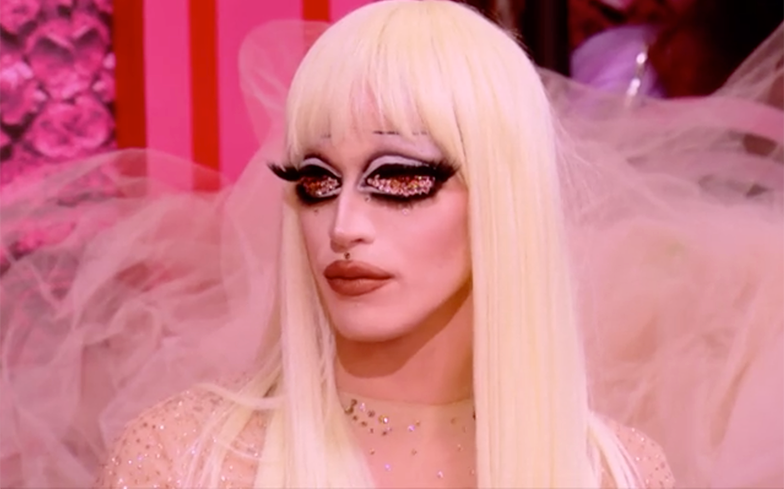 “If she can’t share the spotlight, and let other girls have their moment, it could cause a problem.”

Fourteen sickening queens have dwindled down to six on the tenth season of Drag Race, so naturally, the remaining contestants are feeling the mother-tucking heat. Aquaria, however, is feeling hella confident with her performance in the competition so far, and the queens are starting to pick up on her cockiness and holier-than-thou attitude.

After their critiques for Cher: The Rusical, Aquaria says she doesn’t think her performance warranted her position in the bottom three, and tells her sisters: “I want enough of you to go home so I make the top three. If you don’t say that, you’re crazy.”

Asia O’Hara then knocks the “look queen” down a peg, by telling her that she’s “not sportsmanlike” and “so disconnected from reality”, which most of the queens seem to agree with.

“Aquaria has been extremely confident this entire competition,” Eureka says in her confessional. “She does want to win, she’s made that very obvious. But if she can’t share the spotlight, and let other girls have their moment, and be happy for ’em, it could cause a problem.”

Elsewhere in the preview, we see the return of the Pit Crew – including former Gay Times cover star Laith Ashley – who show off their bootaylicious ass-ets (lol) for the mini-challenge.

Mama Ru then informs the queens of their maxi-challenge: to act in a parody series of HBO’s acclaimed drama, Westworld, aptly titled, ‘Breastworld’.