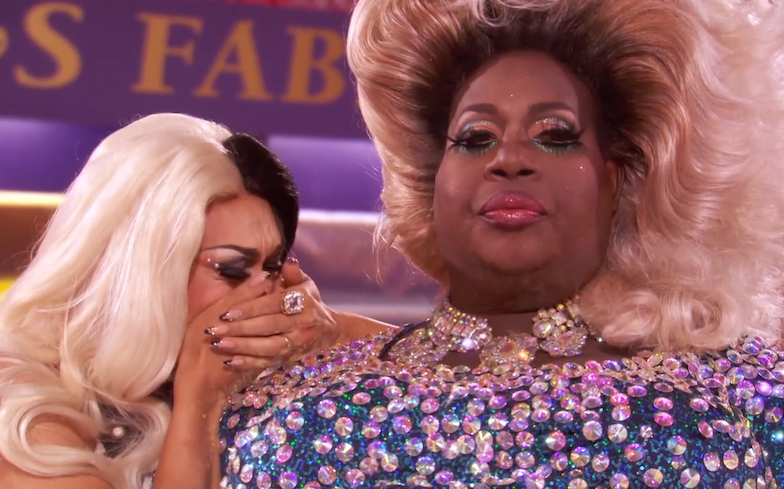 Henny henny heeeeeeeenny…. All Stars 4 has been a motherfucking journey so far hasn’t it? The premiere delivered one of the biggest mishaps in Drag Race HERstory, the second episode saw Gia Gunn and Farrah Moan’s rivalry come to a head, and Manila Luzon caused a massive stir in the latest instalment when she considered eliminating Valentina.

So yeah, a journey. The next episode shows no signs of slowing down, and it looks like it’ll be the most dramatic episode so date, and that’s saying something… because of everything we just mentioned above.

In the fourth episode, in a salute to all things Jersey, the All Stars plead their cases before “Judge” Michelle Visage in an unscripted courtroom parody, titled ‘Jersey Justice’ – with extra special guest judges: Zoe Kravitz and comedian Erica Ash. The trailer provides us with a preview of the queen’s performances, followed by a furious Valentina in the werk room as she tells the other contestants: “I am deeply offended!”

We then witness Manila crying on Latrice Royale’s shoulder (presumably after the critiques on the main stage), and an altercation between Valentina and Trinity the Tuck, where the Miss Congeniality openly admits that she’ll send home her season nine bff if she falls into the bottom two…

LORDT! We are (not) ready for all this drama! Watch the preview for the fourth episode of Drag Race All Stars 4 below.