The Prisoner an intriguing, challenging night at the theatre – review 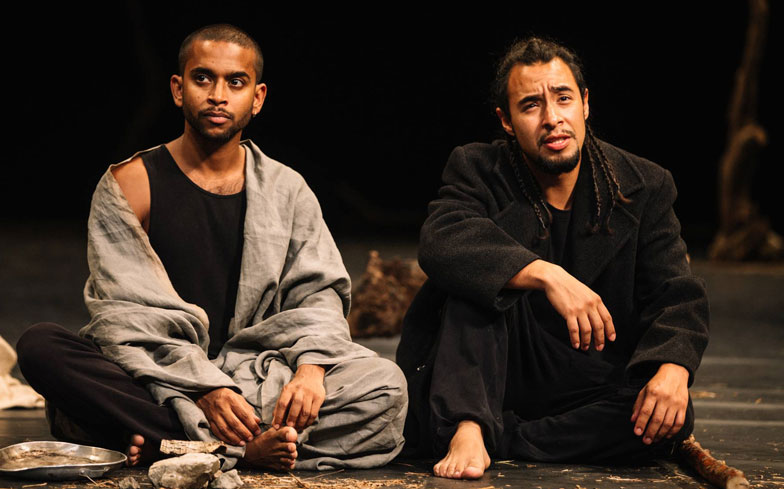 The Prisoner is something of a challenge. It explores some difficult concepts, asking profound questions about justice, guilt and redemption, considering what it means to be truly free. It focuses on the character Mavuso, a man who whiles away his days sitting outside a prison, staring in, wondering what crimes the inmates inside the building have committed to be there – while they wonder what he’s done to be allowed out.

It does have some ingredients of a good show. The central concept – surrounding what happens when a prisoner is removed from his physical location in the cell, whether having his crime on his conscience and living with the consequence is punishment enough – is an interesting one. The set is simple but effective and some of the acting is strong, too.

However it has one major problem, in that very little actually happens. Stylistically, the format is similar to Samuel Beckett’s minimalist masterpiece Waiting for Godot, which in comparison to The Prisoner seems like an action-packed thrill ride. Essentially the focus of this play is watching a man spend 20 years – thankfully condensed into 70 minutes – sitting outside a building. In places it may be philosophically intriguing, but it’s dramatically inert from start to finish. Even though it weighs in at little over an hour it still feels like it overstays its welcome.

It’s all a bit of a shame really as The Prisoner does ask some interesting questions and there are some elements of a good show here. As the play progresses, and the questions become more convoluted and the lines blur between which characters are virtuous and which are guilty, everything seems to become a bit over-complicated and we just weren’t invested enough to care about trying to figure everything out.

The Prisoner is an intriguing and occasionally provocative concept, that sadly isn’t executed very well – there’s simply not enough here for us to recommend it.