The police were “called” on Shangela, Bob and Eureka during their new show 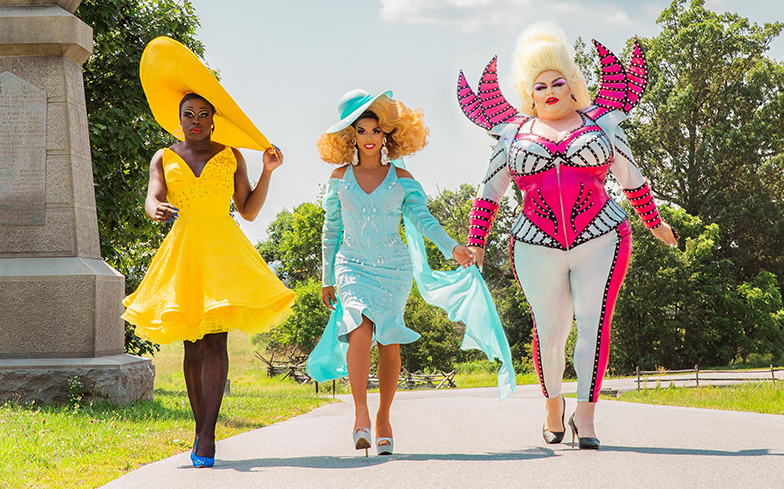 Shangela, Bob and Eureka had the police “called” on them as they filmed their new HBO show.

Titled We’re Here, the sickening new docu-series follows the three legendary RuPaul’s Drag Race stars as they travel across America and put their charisma, uniqueness, nerve and talent to use by empowering local communities.

Each episode, the queens take local residents under their wig and tackle issues such as homophobia, transphobia, racism and self-love – and of course, there’s splits, kicks, flips and lots of other sickening tricks. You name it.

When we spoke with Shangela earlier this week to discuss the incredible series, she explained that some of the residents in these rural areas weren’t exactly thrilled with three larger-than-life drag queens sashaying into their town.

“In Missouri, there’s a scene when the police get called on us. A gentlemen didn’t want us outside of his store promoting our upcoming drag show,” the star revealed. “We were like, ‘Really? The police?’

“But what we’ve realised is that this is the experience of drag entertainers and queer people in primarily conservative places. This is not anything new or unfamiliar to them.”

The scene makes it into the show, which Shangela says is beneficial for audiences to see because “despite the progress that we’ve made, there’s still a lot of work that needs to be done to move us forward for full acceptance and equality.

“And people around the world, whether they’re queer or not, will be able to identify with a lot of these stories. Hopefully, they’ll get a greater understanding about the need for us to be more connected.”

The first episode of We’re Here premiered last week (on YouTube, for free!) and was met universal praise from both fans and critics for the pure, unadulterated entertaintment and emotional value.

One fan thanked HBO for delivering a “poignant, funny and hopeful” show, calling it a “beautiful story of humanity, diversity, respect, redemption and love” and “must see television.”

The second episode will air 30 April on HBO – watch the first episode for free on YouTube here and check out the promo for episode two below.