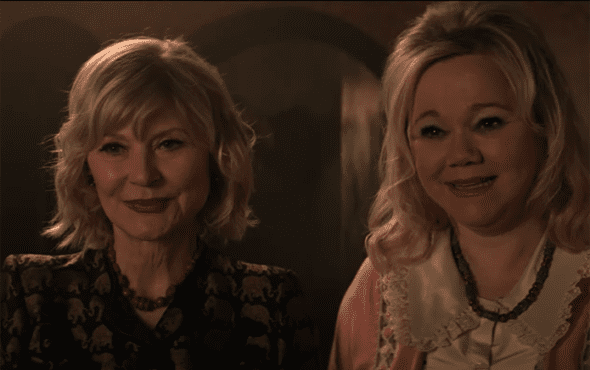 The Aunties are back!

Unprovoked and without warning, Netflix and the CAOS team have dropped a brand new clip from the upcoming season and it features the original Aunt Zelda and Aunt Hilda.

In the new exclusive clip, we see Sabrina in her house with a glazed and confused look on her face.

Her thoughts are interrupted by the voice of an unknown woman calling her name, which turns out to be Caroline Rhea and Beth Broderick.

Not only are we treated to these two iconic actresses making their return, but the show also gives a nod to its sitcom predecessor by featuring a laughing track and Hilda’s quirky punchlines.

“I have no idea what’s going on right now,” Sabrina says.

Father Blackwood soon enters the scene, the sense of something sinister becoming even more apparent.

The clip ends with Blackwood stating: “Don’t worry darling, you’ll catch on quickly, or else…”

Not much else is known about Rhea and Broderick’s role in Part 4. 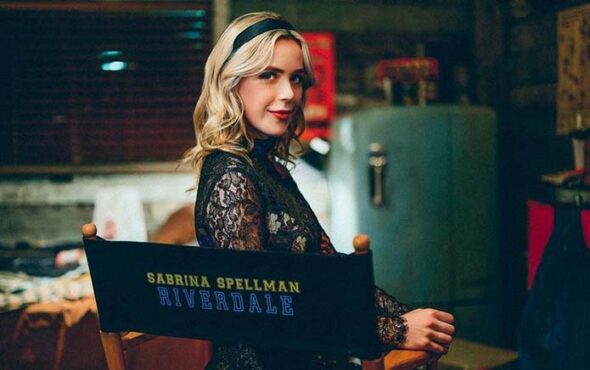 The upcoming season will be the show’s last after being cancelled by the streaming service earlier this year, which was met with widespread backlash from fans and critics.

In an interview with The Wrap, Aguirre-Sacasa – who also created Riverdale – said each episode of the final part is “like its own mini horror movie”.

“We’re kind of down to our last few episodes of Part 4, which has been really, really fun,” he revealed.

“Each part has its own kind of identity, and Part 4 is different from Part 3, where a lot of it was set in Hell, we still have that.”

Watch the new clip below!