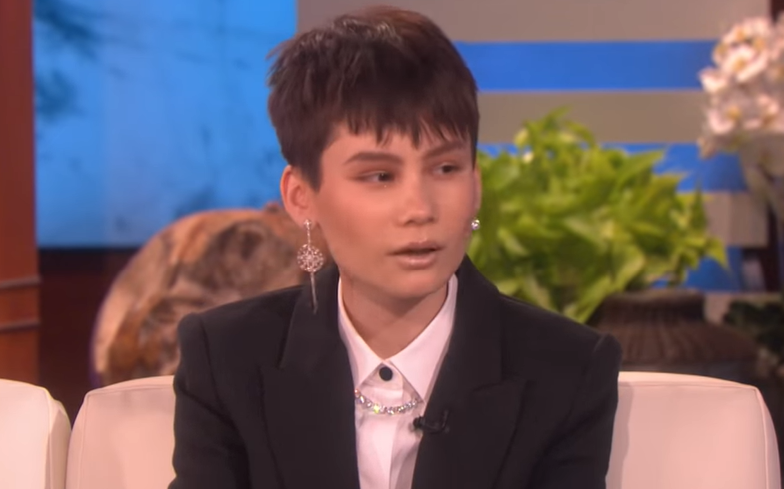 The star opened up on The Ellen Show about coming from a religious background.

Ian Alexander, who plays trans character Buck Vu on Netflix’s The OA, has opened up about how doing the show has helped his family accept his gender identity.

Opening up to Ellen DeGeneres, he said: “I come from a religious family, so it was a little hard for them to accept at first.”

He added: “They were like, ‘you’re too young, you don’t really understand what this means.’ They didn’t really take it very well at first.

“But I think that being on The OA actually really helped them realise that I can be happy and I can be successful as a trans person and as a queer person.

During the interview, the 17-year-old actor also opened about realising that he is transgender, saying: “It wasn’t until I was 13 when I met other trans people for the first time and I was like, ‘Wait, you’re allowed to do that? You’re allowed to change your pronouns and your name?’

“That really gave me the courage to come out and finally accept who I was.”

Related: Tan France reveals how doing Queer Eye has brought him closer to his family

Last month, Billions star Asia Kate Dillon opened up about how playing a non-binary character helped them to understand their own gender identity.

Speaking on Late Night with Seth Meyers, Asia said: “Prior to reading the character breakdown for Taylor, I was familiar with the terms non-binary, gender non-conforming, transgender, and I even identified as gender fluid.”

They later added: “We all have an assigned sex. A gender identity is placed on top of that. I don’t need to change my body in order to be valid as a non-binary person or as a trans person. And I was finally able to fully feel free to live in who I am, in my identity.”

An official description for The OA reads: “Seven years after vanishing from her home, a young woman returns with mysterious new abilities and recruits five strangers for a secret mission.”

Both seasons of The OA are available to stream on Netflix.