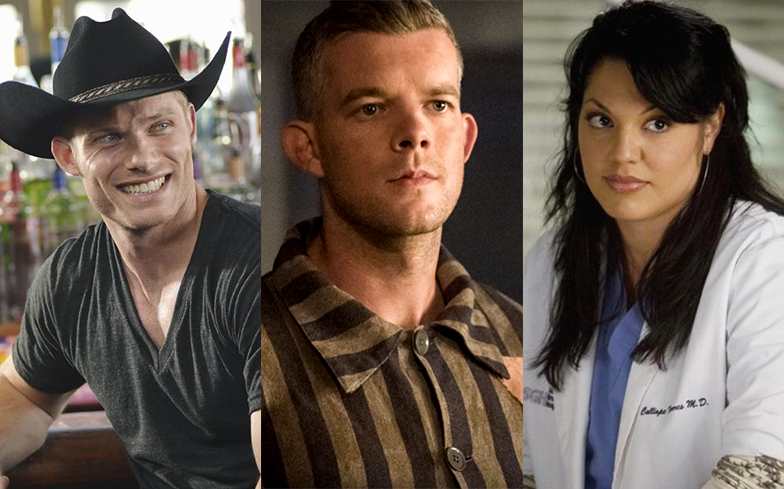 There are now over 100 more LGBTQ characters on our screens than last year.

A new report released by GLAAD has found that the amount of LGBTQ characters on our TV screens has increased by over 100 to set a new record. Last year, there were 329 LGBTQ characters, and this year there are 433.

One of the shows that contributed to this increase was Pose, which featured the highest amount of trans actors in roles than any other scripted TV show in history.

One in eleven characters on screen now identify as LGBTQ, roughly averaging out as 8.8% of characters.

Related: This major character on Arrow just came out as gay Sarah Kate Ellis, the president of GLAAD, said that the high ratings of shows with prominent LGBTQ characters like Will & Grace or Modern Family were proof of audiences wanting LGBTQ characters.

“Inclusion is not just the right thing to do, but… it is good for the bottom line,” she said. She then added: “Audiences are clearly hungry for new stories and perspectives, and fans are showing up to support the content that is telling stories they recognise and can relate to.”

“There needs to be nuance and depth to their story and they should reflect the full diversity of our community.”

She then revealed that she wanted to increase the amount of LGBTQ characters on screens further. “GLAAD is calling on the industry to make sure that within the next two years, 10 percent of series regular characters on primetime scripted broadcast series are LGBTQ,” she said.

“This is an important next step towards ensuring that our entertainment reflects the world in which it is created.”