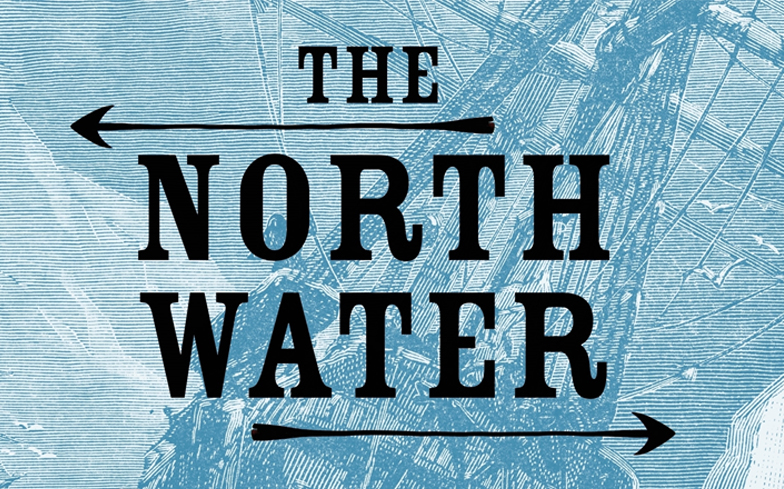 Ian McGuire’s second novel, The North Water, is a fast-paced, cold, and violent story about a whaling expedition in 1859 gone terribly wrong.

In July 2016, The North Water was long-listed for the 2016 Man Booker Prize, and in December 2016, The New York Times named The North Water as one of the then best books of the year. It centres on Patrick Sumner, a disgraced but honourable former British army Surgeon and Henry Drax, a monstrous harpooner who, in the first chapter, rapes and murders a young homeless boy without feeling anything afterwards.

Each chapter packs in as much story as some novels do, making the book a riveting page-turner. It begins with the above rape and murder in Hull, before the all-male crew sets sail for the Arctic. The ship is financed by the vicious and primal act of hunting massive whales with harpoons for their blubber, which, like skinning a bear, McGuire describes in a vivid and compelling detail that makes you feel the looming danger every member of the crew is in. However, before the ship crashes, leaving the surviving members stranded, there is another murder and sexual assault on-board.

As it is an all-male crew, the perpetrator has to be a man, which adds another dimension to this hyper-realist depiction of 19th century Britain: homophobia. The antagonist and perpetrator, Henry Drax, is unmoved by his actions, and quite happy to let another man be convicted of the crime in his place. That unfortunate soul is McKendrick, who the rest of the crew suspect due to longstanding rumours about his private life. Drax, however, very publically goes to brothels, which insulates him from most of their suspicions.

Throughout the novel, particularly after these events, Ian McGuire explores how the crew as a whole respond to crime, but more specifically to ones committed by a gay person, which was also illegal at the time. I spoke with Ian about how he handled the presentation of gay men and how they are perceived, as a straight male writer.

In chapter one alone, Henry Drax commits theft, murder, rape, and paedophilia. As the victim is a young boy, I assumed that Drax is either a closeted gay or bisexual man. My first question to Ian was: did he see Drax in terms of his sexuality? And, with that in mind, how did he approach writing from the point of view of a male character who has sex with men, specifically underage boys, when that is not his experience of life?

“When I was writing I didn’t think of Drax in those terms (gay, closeted, bisexual, et cetera), partly because those categories feel fairly modern to me, but also, probably, because I didn’t want him and his actions to be or feel explainable in any conventional psychological terms. I made the decision not to give Drax any back-story for that same reason: I didn’t want to confine him within any standard psychological narrative, for example, ‘This is what happened to him as a child and look how he turned out’. Not that those narratives can’t be important and valuable, but in fiction I sometimes find them too limiting. With the question of writing outside my lived experience, I think writers often have to write outside their lived experience, that seems a necessary part of the job to me, and that’s especially true if your writing historical fiction, of course. I’ve never been on a whaling ship, for example, and I’ve never been to the Arctic either.”

In addition to Drax’s point of view, Ian presents the way he is seen by the rest of the crew. Through them he portrays a conflation between homosexuality, sexual assault, and paedophilia, and then explores how that affects their treatment of both Drax and McKendrick, as guilt is presumed before innocence. I asked Ian if he felt a social responsibility to challenge prejudices, or if he was more interested in holding a mirror up to the ugly truths both then and now.

“I was certainly conscious of using the crew’s (and officers) attitudes to McKendrick as a way of underlining the crudeness and the limitations of their viewpoints. They’re also casually racist of course. I wasn’t doing that out of much of a sense of social responsibility though, it was more a desire to be realistic and true to the milieu and the period, and (as is almost always the case for a novelist, I think) to generate interesting dramatic situations.”

There is a growing trend at the moment where novelists and writers feel pressured to solely write from their own lived experience, particularly if they are from more privileged groups and want to write bout more marginalised ones. We’ve seen this in the media: people being told they can’t write fiction or non-fiction unless it relates to something they can claim more experience of than anyone else. I asked Ian if he felt this limits perspective, imagination, and empathy, but also if he understood why marginalised groups often take issue with how they are depicted by others and the effects those narrative can have.

“All I would say is that, as a term, ‘cultural appropriation’ is a pretty blunt instrument, which doesn’t allow for very much nuance. It seems to me that as soon as someone calls anything ‘appropriation’ then, pretty much by definition, it becomes morally wrong. So I think the question should not be: is cultural appropriation wrong? Because the very term tells you it must be. But rather: how do we find the line between appropriation, i.e. claiming what is not yours, and something else, which might be called the thoughtful exercise of writerly imagination? In order to answer that kind of question, it seems to me you need to be rather more specific about these things than the commentators sometimes are. In other words, I find it more illuminating to talk about the success or failure of specific novels or works of art (Brokeback Mountain? Light in August? The Confessions of Nat Turner?) than to talk in general terms about what certain groups of writers are allowed, or not allowed, to write about.”

Ian is currently a lecturer at the University of Manchester. His first novel, Incredible Bodies, follows an academic working at a fictional northern university in the present day. The inspiration seems obvious. His follow-up, however, takes place in the past: around 150 years ago, in places we have few descriptions of. I asked if he approached writing about a time he isn’t from in the same way as writing about groups he isn’t from.

“Writing about the historical past, and writing in the present about a different ethnic, racial, religious, or cultural group, isn’t quite the same thing, even if it seems like it might be. The dead, in general, aren’t an oppressed minority. I think and hope that when people object to ‘appropriation’ they’re not saying that a writer should never, ever reach outside his or her own experiences, but rather they’re objecting to particular (and, to their minds, unsuccessful) examples of doing that.”

The North Water begins in Hull, which happens to be Ian’s hometown. This may well be the only aspect of the story he can claim experience of, even though his novel is set a century before he was born. I asked him how knowing its present affected how he explored the past.

The North Water recently won the 2017 Encore Award. It is available in hardback, paperback, and digital editions, and is set to be adapted into a six-part miniseries for the BBC.