The Normal Heart is a captivating, essential piece of queer theatre – review 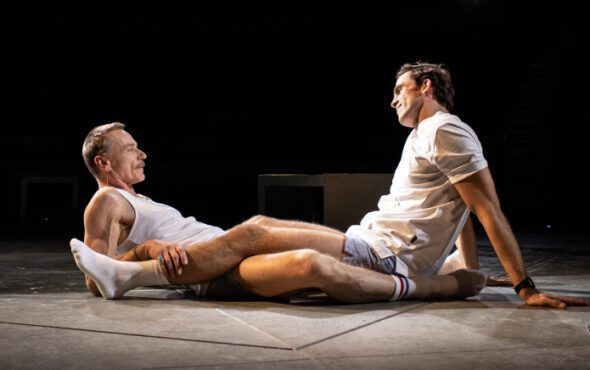 Larry Kramer’s seminal work covering the early days of the AIDS crisis has opened at the National Theatre in a new staging by Dominic Cooke.

The Normal Heart, Larry Kramer’s largely-autobiographical play concerning the first few years of the AIDS crisis in New York City, hasn’t been seen in the UK for 35 years. Following its premiere at New York’s Public Theatre in 1985, it opened at London’s Royal Court Theatre in 1986 – it must have been a truly groundbreaking show at the time, reporting from the front line of the crisis while it was still unfolding. It covers the years 1981 to 1984 and focuses on the life of Ned Weeks (Ben Daniels), based on Larry Kramer, who sets up a community organisation to step in and support the gay men affected by the crisis, at a time when the government and medical establishment would not.

This is a captivating production from start to finish. The first half – while not trivialising the subject matter in any way – manages to be incredibly funny. There’s a genuine warmth and camaraderie between the characters, and some wonderfully acerbic and cutting lines – largely delivered by Dr Emma Brookner (Liz Carr), who persuades Ned to go out and speak to the community about what’s happening… but not until after she’s completed a rather entertaining medical examination. A volunteer at Ned’s organisation – and self-professed “southern bitch” Tommy Boatright (Danny Lee Wynter) – often steals the scene with a delicious one-liner or unique perspective on proceedings.

It’s a production full of exceptional, nuanced performances. Ben Daniels is superb as our protagonist Ned Weeks: bold, angry, kind and, as proceedings progress, increasingly wracked with survivor’s guilt, he captures the brilliance of Kramer’s activism in a truly powerhouse performance. Dino Fetscher plays his lover Felix Turner, the closeted New York Times reporter approached to report on the crisis; his is a multifaceted and sensitive portrayal, and his date experience with Ned is a particular highlight. Ben Weeks (Robert Bowman) has a complex relationship with his brother Ned, which is considered thoughtfully. Each character is given a moment to shine – there are numerous incredibly moving monologues throughout the show. The Olivier Theatre, recently reconfigured in the round, is the perfect setting for the events of this play to unfold. 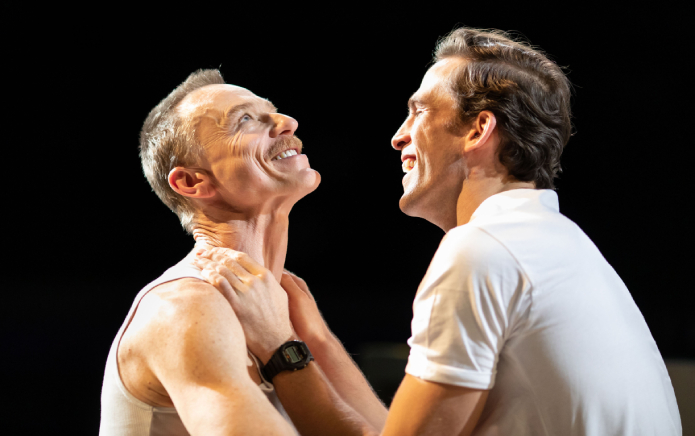 It’s A Sin star Nathaniel Hall: ‘Something has to change around the stigma of HIV’

It’s a timely revival – of course HIV and Covid are very different, but there are parallels here about the emergence of a new pandemic. Whether we’re witnessing clashes between medical researchers and the authorities, or a slow response from a government wanting to play down the crisis, or the fear of a population responding to an unknown and unseen disease, with some using conspiracy theories to plug the gaps where no information is available, it made us consider how we’d reacted to the collective trauma we’ve all experienced over the last 18 months.

More than this, it forced us to examine ourselves as queer people and the nature of our character: how would we react in a similar situation? When faced with a disease which seemingly is exclusively targeting the gay community, how would we organise a response? Would we – could we – stand up to a conservative, homophobic society? To a government which refuses to acknowledge there’s a problem? How would we mobilise, when even members of our own community are seemingly apathetic? Would we have the strength of character to enact change? We felt like we left having not just seen a play, but a call to arms for the queer community – it spoke profoundly to our inner activists.

Like all the best theatre, The Normal Heart really takes its audience on a journey – for all of the laughter invoked by act one, there wasn’t a dry eye in the house as the second act concluded. We wouldn’t try to make the case that this is a completely perfect play – it’s an indulgent show, clocking in at the best part of three hours; and sitting alongside the aforementioned incredible monologues, there are moments where the dialogue verges on hectoring and self-righteousness. But all things considered, this remains a remarkably powerful play, and this new production is arguably the most essential piece of queer theatre now playing.