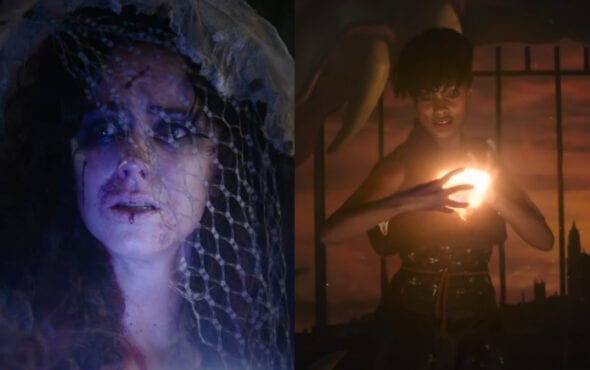 The first incredible trailer for The Nevers is here.

Set toward the end of the Victorian era in England, the new HBO steampunk-inspired series follows a band of powerful women who have been imbued with supernatural abilities after Earth is hit by a cosmic event.

London is quickly divided into two groups: the ‘Touched’, those with supernatural abilities, and citizens – mostly men – who oppose them.

According to a press release, Amalia True (Laura Donnelly) and Penance Adair (Ann Skelly) become “the champions of this new underclass, making a home for the Touched, while fighting the forces of – well, pretty much all the forces – to make room for those whom history as we know it has no place.”

Joss Whedon, creator of Buffy the Vampire Slayer, Angel and Firefly, originated the series, although he exited the project in November due to exhaustion.

In a statement, he said: “I realize that the level of commitment required moving forward, combined with the physical challenges of making such a huge show during a global pandemic, is more than I can handle without the work beginning to suffer.

“I am deeply proud of the work we have done; I’m grateful to all my extraordinary cast and collaborators, and to HBO for the opportunity to shape yet another strange world. The Nevers is a true labor of love, but after two plus years of labor, love is about all I have to offer. It will never fade.”

The Nevers premieres on HBO in April – watch the first action-packed trailer here or below.