The Musical of Musicals (The Musical); a hilarious celebration of campery – review 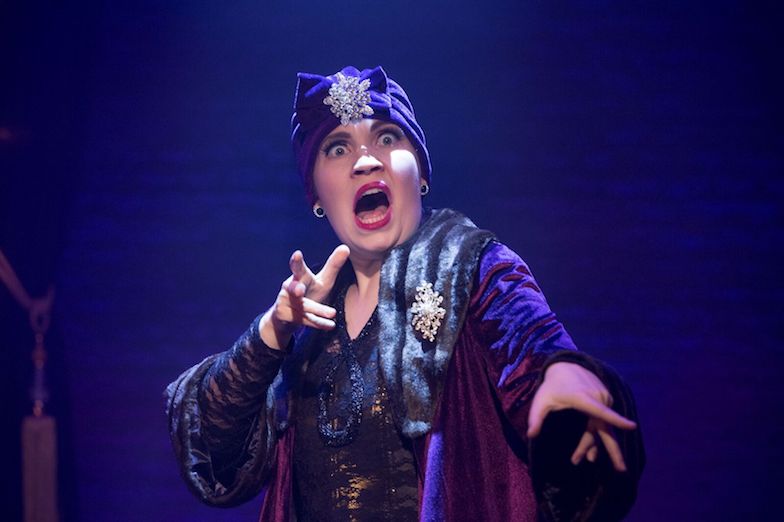 This hugely entertaining celebration of musical theatre has audiences rolling in the aisles.

Brace yourself for the ultimate musical! Eric Rockwell (music) and Joanne Bogart (lyrics) here deliver the last word in genre-hopping melodious mash-up. The plot is frankly irrelevant – the joy here is the four-strong cast tripping their way through countless periods and styles of theatrical song-smithery – wryly throwing shade as they go. While virtually every line is a gag or a dig at the history of the art, it’s all delivered with playful affection.

Director Robert McWhir has assembled an exceptionally talented cast of four, all of whom take on multiple roles throughout proceedings. The level of skill on display as the fruity foursome shift and shimmer from one archetype to another is breathtaking. From the obsessive rhymes of Sondheim to the ballads of Lloyd Webber – performers Charlotte Christensen, Sev Keoshgerian, Cecily Redman, and James Thackeray take no hostages – no sacred cows are spared from their merciless merriment.

As one would expect, the whole thing is as camp as Christmas. There’s plenty of focus on much-loved divas who have earned the status of gay icons, and by the time we get to the ‘speakeasy’ section, we have not one, but four Liza Minnelli’s so that the standing ovation on press night was led by audience member Su Pollard tells you pretty much everything that you need to know.

One word of warning; this savvy extravaganza may seem impenetrable to folk not well-versed in the musical canon. However – for those who’ve know their Carousel from their Cabaret, this is a very special celebration of the most ostentatious art form of them all – revel in the campery.