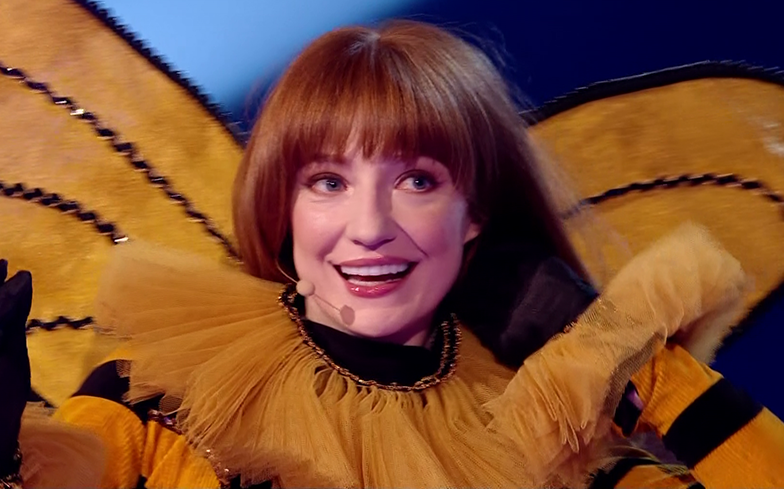 “That was our favourite thing to do, to do a show.”

Nicola Roberts has addressed the potential of a Girls Aloud reunion.

Earlier this week, the singer-songwriter appeared on This Morning to celebrate her victory on the first ever season of The Masked Singer UK, and left fans in meltdown mode when she discussed the band’s upcoming 20th anniversary.

“We’re two years away from an anniversary in 2022, I would love to get back with the girls and put on a big show, put it on for the fans really,” she admitted. “That was our favourite thing to do, to do a show.

“I think we have to cross that bridge when the anniversary comes to see where we’re all at.”

Girls Aloud, who disbanded in 2013, achieved a string of 20 consecutive top ten singles in the United Kingdom, including four number ones. Two of their albums also topped the UK Albums Chart and received multi-platinum.

Roberts emerged triumphant on The Masked Singer last weekend after stunning fans week after week with performances of iconic anthems such as Alive by Sia, Heaven by DJ Sammy and Somebody Else’s Guy by Jocelyn Brown.

“We had dinner and then Kimberley was like, ‘You can’t sit in by yourself on a Saturday and watch the finale.'”

Roberts can next be seen in the West End for the revival of Olivier Award-winning play City of Angels, which focuses on a crime novelist working on a screenplay adaptation of one of his books as his marriage crumbles.

Watch Roberts’ winning performance as Queen Bee on The Masked Singer UK below.