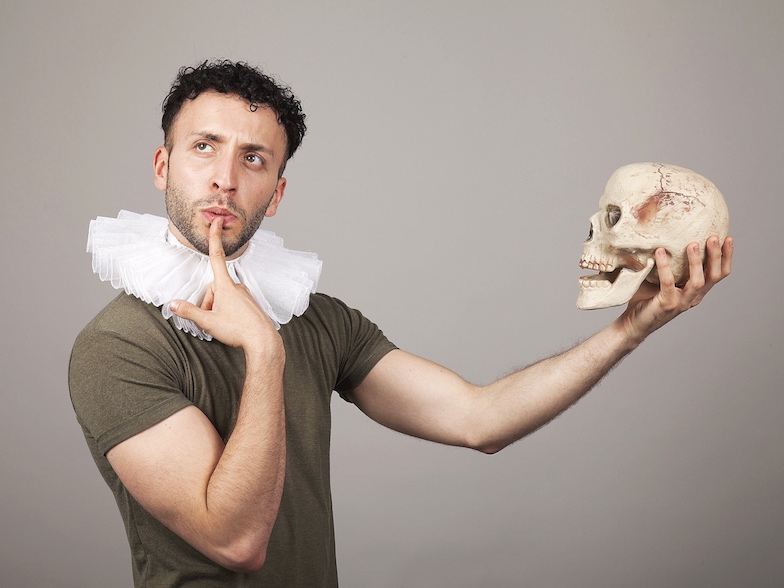 What if William Shakespeare had attempted to jazz up his plays by turning them into camp and colourful musical theatre?

That’s the concept here; a bard who decides to add a little West End sparkle to some of his most celebrated works. We’re treated to Richard III belting out jaunty show tunes while dropping into the splits; the history plays are recounted as a Hamilton-style rap; and the witches from Macbeth appear as you’ve never seen them before.

It’s a cute idea that’s here backed up by some serious skill and talent. Guy Hughes is an entertainingly Shakespeare – all pouting and pontificating. Joe Leather makes for an excellent foil as The Fair Youth, a bouncing ball of lithe and elfin energy. Hughs and Leather play the relationship as that of an old married gay couple, the interplay between the two making this an eminently watchable piece.

Both performers also take on numerous other roles from various comedies and tragedies and are possessed of vocal and dance abilities that elevate this beyond any simple skit. The writing is sharp and the direction tight, resulting in an thoroughly entertaining hour of madcap merriment. The laughs come thick and fast and tongue is firmly in cheek. Particularly memorable is a deeply surreal segment that explores the inner life of the infamous bear from A Winter’s Tale.

This is expertly executed farce, written and performed by a pair of seriously skilful gentlemen. If you’re heading up to Edinburgh for the festival this year, then this is definitely one to add to your must-see list. A proper midsummer night’s scream.