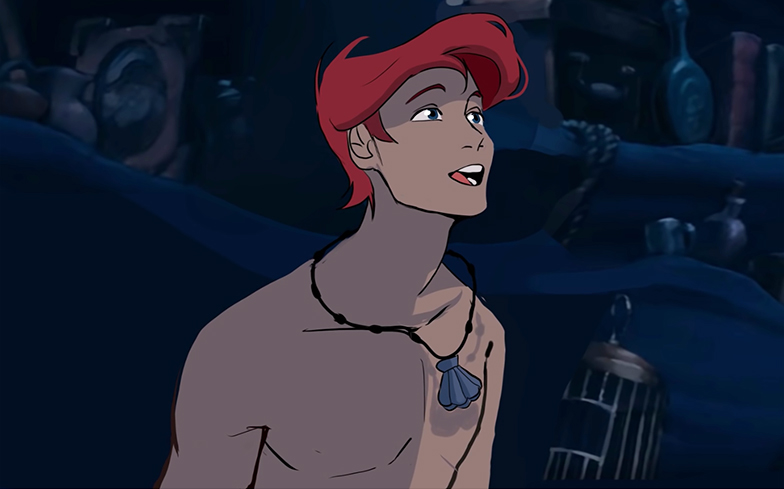 “I have to please the gays.”

Disney’s animated classic The Little Mermaid has long been a favourite among queer people, thanks to its themes of longing to be with your people and an iconic villain, Ursula, who was based on legendary drag queen Divine.

So while we patiently wait for Disney to give us the gay Prince we deserve, artist Mark Scarnander has reimagined The Little Mermaid’s protagonist Ariel as a man, with animation set to a cover of Part Of Your World by Mike Zubio.

Talking about the video, Mark said they “have to please the gays” and it seems it’s a job well done based on the comments section.

“The gays have been pleased,” joked one viewer, while another added, “I didn’t expect male Ariel could be this hot.”

Others pointed out the gay subtext of the story, how Hans Christian Andersen wrote The Little Mermaid about a man he was in love with who rejected him, while the song Part Of Your World was written by gay lyricist Howard Ashman.