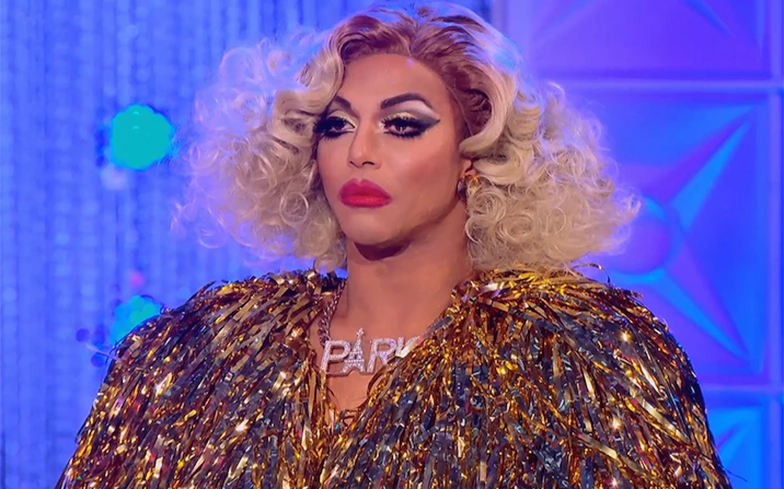 We are never going to get over this.

Some believed Trixie’s success outside the show – including two albums, world tours, and her own TV show on Viceland – warranted her win, while others thought Shangela’s excellent track record on the season meant she should’ve come out on top.

But we have a feeling even more people will be rooting for three-time returning queen Shangela after she revealed the stunt she would’ve pulled if she’d been given the opportunity to lip sync for the crown during the finale.

“Here’s the deal. This was the finale. And Wrecking Ball is not necessarily a big, high kicks and flips kind of song. But you can make a moment, and that’s what I wanted to do every time I was on that runway,” she told Chron.

“I had that gold coat on. But under that, I had stapled these blown-up, white balloons that I had filled with confetti and glitter, right? They were on my titties and in my nether region, OK?

“I had a dart in my hand. During the song – ‘I came in like a wrecking…’ – I was gonna bust the balloons, and all the glitter and confetti would fly out.

“Then I had a piñata taped to the back of my coat, filled with candy, with a sledgehammer up my sleeve. And I was gonna beat it on the line, ‘I never meant to start a war’. I was ready, bitch!”

She added: “That’s what hurt me more than anything. Fuck the money. I wanted to do my lip sync. It was going to be memorable, unforgettable, so watching that lip sync from the back, I was just like, ‘Oh, girl. Send me to the house’.”

Fans may still be recovering from the gag-worthy season of Drag Race that was All Stars 3, but there’s no rest for the wicked, as season 10 sashays onto our screens next week.

While viewers in the US will be able to catch new episodes every Thursday on VH1, those of us in the UK were left wondering where we’d get our weekly fix of RuPaul-endorsed eleganza.

Well, wonder no more, as Netflix UK & Ireland have announced that they’ll once again be streaming brand new episodes of RuPaul’s Drag Race just one day after they air in the US.

So if you’re already gagging for that season 10 premiere, the date you’ll need in your diary is Friday 23 March.