The Last Five Years is a clever but frustrating musical – review 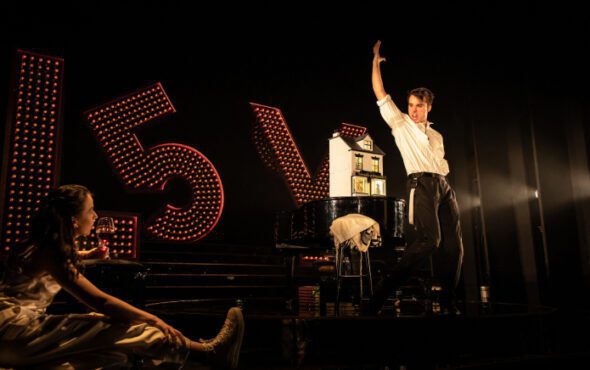 Jason Robert Brown’s two-hander has opened at London’s Garrick Theatre following a critically-acclaimed run at the Southwark Playhouse in 2020, directed by Jonathan O’Boyle.

We’ll begin by saying that The Last Five Years is a clever concept for a show. For those unfamiliar with the premise, it recounts the preceding five years from the different perspectives of two people in a relationship as they fall in, then out, of love. Jamie (Oli Higginson) begins at the start of their relationship, as the couple have just met; while Cathy (Molly Lynch) starts at the end as they’re breaking up, and tells her version of events in reverse chronological order. The two meet in the middle and the only time they directly address each other is on their wedding day. It’s certainly a smart and creative way of telling their story.

However, this does somewhat limit the dramatic tension – we become aware in the first few minutes how this is all going to end, so it’s difficult to become invested in their story arc. A further limitation is that – given this is a two-hander and our characters interact very little with each other – it mostly plays out as two monologues simply detailing how each person sees themselves. A pair of monologues which are lacking in drama – it sadly doesn’t make for a hugely gripping theatrical experience. 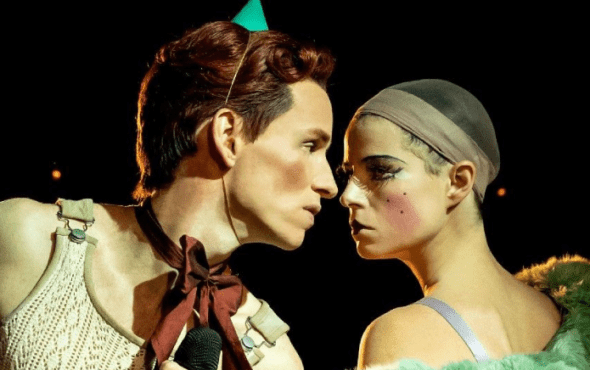 Individually these are two strong performances – both Oli and Molly are excellent singers and multi-instrumentalists and we enjoyed the staging, which is effectively just a grand piano on which they take turns to share their stories. They’re also both adept at delivering the comedic moments as required – there are a couple of humorous songs and these really land well. Unfortunately, for every strong song there seems to be at least one which fades into the background – for a short, one-act show to include several numbers which miss the mark is pretty frustrating.

It’s disappointing as The Last Five Years has a lot of individually strong elements, but it never feels like it adds up to more than the sum of its parts. It’s visually-striking, the band sounds great, our two performers both impress, there are a handful of good songs, it’s a clever concept – yet it doesn’t come together satisfactorily. We left feeling that it could and should have been so much more – it certainly has some enjoyable moments, but we wanted it to be better.