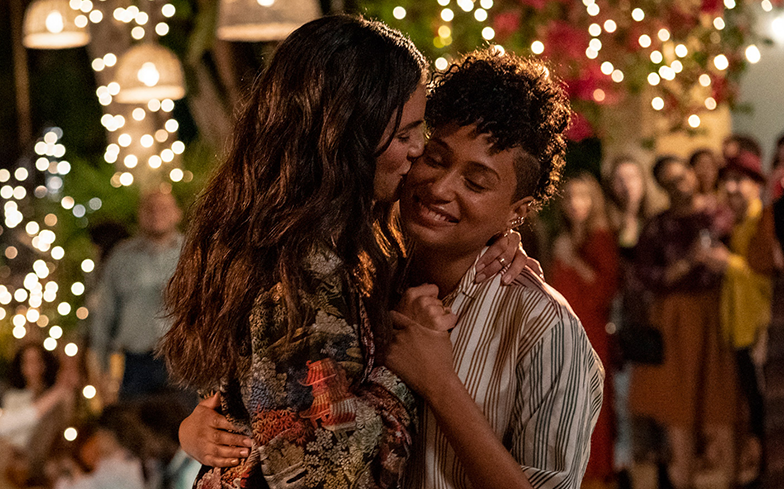 The L Word: Generation Q is back for a second season and here’s all we know about the Showtime series.

Last January, the hit LGBTQ+ TV show was announced to return for 10 episodes and we haven’t looked back since.

Showtime Entertainment president Gary Levine commented on the renewal last year. “The L Word: Generation Q took our original series that was revered and reinvigorated it for a new generation and a new era,”  he said in a statement.

“The result has been a show that appeals to all generations for its relevance, its fearlessness, its emotion and its fun. I can’t wait to see what Marja, along with Ilene and this talented ensemble, will deliver for season two.”

The L Word: Generation Q is a sequel to the iconic original series The L Word. The new fan-favourite series sees the return of Jennifer Beals (Bette), Katherine Moenig (Shane) and Leisha Hailey (Alice), who also serve as executive producers.

The L Word: Generation Q is set 10 years after the classic series and follows the plot of Bette in her ambitious goal to make it as LA’s first lesbian mayor.

As the reboot series revisit our favourite characters, we’re also introduced to some fresh faces. Dani Nùñez (Arienne Mandi), stars as a public relations rep while Micah Lee (Leo Sheng) appears as a trans man and social worker, and Sarah Finley (Jacqueline Toboni) is a Catholic woman struggling with her sexuality.

In the new exciting teaser trailers, we finally get a glimpse at what is in store for the Generation Q gang.

You can catch the first episode of The L Word: Generation Q on Friday, August 6 via Showtime.

Watch the mini-trailer for season 2 of The L Word: Generation Q here or below: