The King of Hell’s Palace tells a fascinating story – review 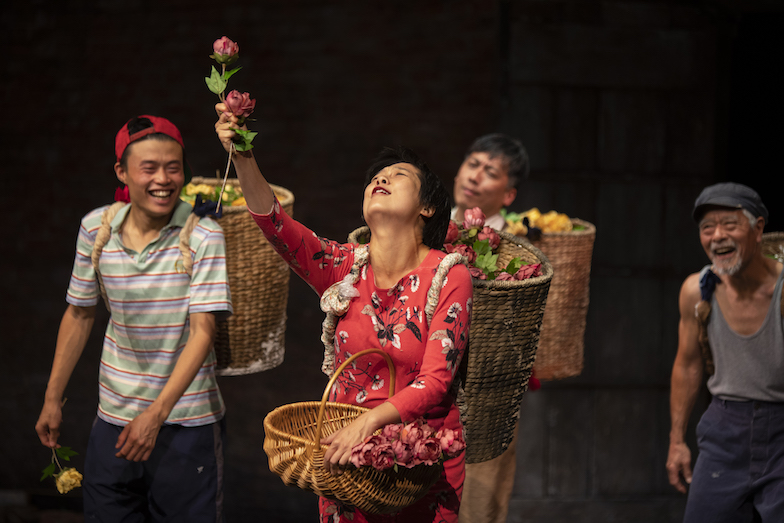 Frances Ya-Chu Cowhig’s intelligent docu-drama, based on a real-life cover up of a blood contamination scandal in China, has opened at the Hampstead Theatre, directed by Michael Boyd.

The King of Hell’s Palace is based on the story of Dr Shuping Wang, a whistleblower who exposed an HIV and Hepatitis epidemic in the Henan province in China in the 1990s. Local farming communities, eager to make a quick buck, found that selling their blood for use in cosmetic products was far more lucrative than growing produce; however, the practices weren’t safe, leading to thousands being infected through contaminated blood. When Dr Wang tried to expose the extent of the outbreak, state officials attempted a cover up, asking her to falsify her results. She refused, leading to the closure of the clinics in the province – her actions meant she needed to flee the country but doubtless saved countless lives.

It’s an incredible and fairly complicated story, set across several years in the early to mid-1990s – quite an ambitious proposition to convey in a two-and-a-half hour play, but this new Hampstead Theatre production makes a commendable effort. In this fictionalised retelling, Yin Yin (Celeste Den) plays the role of the infectious diseases specialist who identifies and subsequently exposes the scandal. We see the real-life toll her heroic actions take on her family and friends, leading to her eventually moving to the United States (where she is now a citizen).

We’re also given an insight into the real-life consequences of the blood contamination scandal through the Yang family, working-class farmers in the province who swap their lives as potato growers for the more lucrative pursuit of selling their blood for the plasma. This enables them not only to buy the latest clothes and products but also diversify their crop to include flowers (the colours of which offered some pleasing symbolism). The family, led by the initially energetic and charismatic Little Yi (Aidan Cheng) offer a glimpse of the devastating effects that these diseases had on thousands of families in a few short years.

The acting is at times, unfortunately, inconsistent. While most of the central roles are well-performed, there are a handful of clunky moments and some very noticeable slipped lines throughout. It’s a shame as the production, with its rapidly-changing set allowing for seamless scene changes, is mostly pretty slick. In the context of an enjoyable and engrossing show it doesn’t spoil proceedings, but it is a little disappointing to see.

The King of Hell’s Palace is a strong attempt to portray something truly epic, which is slightly let down by some inconsistent acting and a few slipped lines. As it stands it’s a solid production which tells a fascinating story, but we know that with a few tweaks and a bit of polish this could be something utterly fantastic.