The Heathers TV reboot has already been cancelled 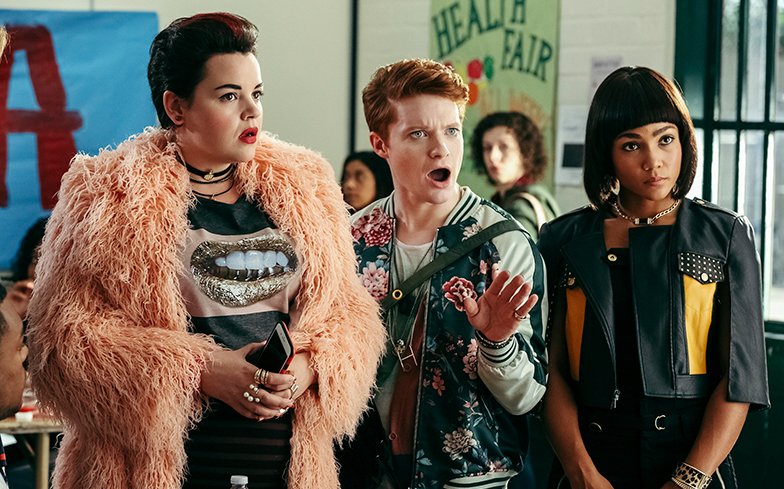 The series has been scrapped because of the various school shootings across the United States.

Heathers was originally supposed to premiere back in March, but following the tragic mass high school shooting in Parkland, Florida on February 14, Paramount Network announced that they would push it back.

“While we stand firmly behind the show, in light of the recent tragic events in Florida and out of respect for the victims, their families and loved ones, we feel the right thing to do is delay the premiere until later this year,” the network said.

However, it has now been announced that the show will not air at all, and has been completely scrapped.

Keith Cox – Network President – explained to The Hollywood Reporter: “This is a high school show, we’re blowing up the school, there are guns in the school, it’s a satire and there are moments of teachers having guns.

“It’s hitting on so many hot topics. This company can’t be speaking out of both sides of its mouth, saying the youth movement is important for us and we’ve done all these wonderful things to support that and at the same time, we’re putting on a show that we’re not comfortable with.”

Heathers received critical acclaim upon release, and has influenced other films in the teenage comedy/drama genre such as Jawbreaker and Mean Girls.

The TV reboot replaced the stereotypical ‘popular girl’ trio with a plus-size woman, a black woman, and a gender-queer individual.

All ten episodes of the first season had already been filmed, and the series was reportedly in negotiations for a follow-up, which would’ve been set in the 1700s and revolved around Marie Antoinette.

There have been talks of the series being shopped to other networks, so fingers crossed we get to see it in some form one day.

Watch the trailer for the scrapped first season below: