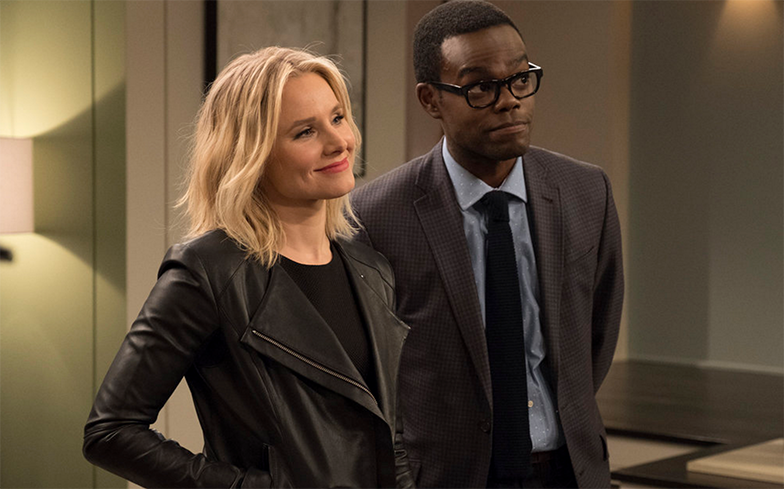 The Good Place star William Jackson Harper has confirmed a popular theory about one of the show’s lead characters.

The American actor – who stars as Chidi Anagonye on the NBC comedy – said Eleanor Shellstrop (Kristen Bell) is “super bisexual” and admitted that a romance between her and Tahani (Jameela Jamil) is possible.

“There’s a million different possibilities and one of the things I think the show does well, and really kind of into, is the fact that Eleanor is super bisexual and it’s not something that we just focus on.”

Harper added: “It’s not the reason for the show and it’s not a thing that is harped on, it’s just who she is.

“No one bats an eye at it, and that’s certainly true of people that I hang out with, if someone says they’re attracted to whatever person and it’s not something we have follow up questions on. It’s just how they are.”

Even though Eleanor has only embarked on romantic relationships with men on the show, her bisexuality has been alluded to on numerous occasions.

Her “sexual tension” has also been noticed by Jamil, who told Stylist: “I love the fact that [my character] and Eleanor [Bell] have this friendship and they kinda form a rivalry.

“If anything, it’s kind of a sexual tension that fans seem to have picked up on between me and Eleanor, which is great.”

She also admitted that she’s spoken with Bell about a potential romance between the two characters.

“She thought it was hilarious, and I think she’s all for it. Her character is openly attracted to my character throughout both seasons. So, you know, maybe season three.”

Since its premiere, The Good Place has received universal acclaim from critics, who have praised the show for its acting, writing and originality.

The first two seasons – and the first episode of season three – are available now on UK Netflix.