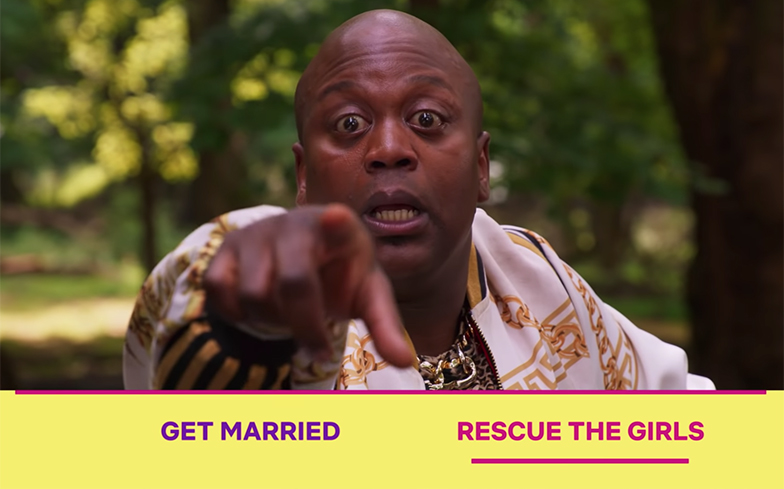 Thought you’d seen the last of Kimmy and Titus? You were wrong.

Despite coming to an end following its fourth season last year, Netflix’s critically-adored sitcom Unbreakable Kimmy Schmidt is coming back for a one-off interactive special dubbed Kimmy vs. The Reverend on 12 May, and it looks incredible.

“Kimmy Schmidt (Ellie Kemper) sets off on her biggest adventure yet. Three states! Explosions! A dancing hamburger! And you, the viewer, get to decide how the story goes,” reads the special’s official synopsis from Netflix.

“Will you foil the Reverend’s (Jon Hamm) evil plan and get Kimmy to her wedding on time? Or will you accidentally start a war against the robots? So grab your remote and a tray of delicious scrod, ‘cause Kimmy’s got her own Netflix interactive special!”

A new trailer for the special teases plenty of drama including the existence of another bunker, as well as the ‘choose your own adventure’ features that are reminiscent of another Netflix interactive project, Black Mirror: Bandersnatch.

Unbreakable Kimmy Schmidt: Kimmy vs. the Reverend will stream on Netflix from 12 May.