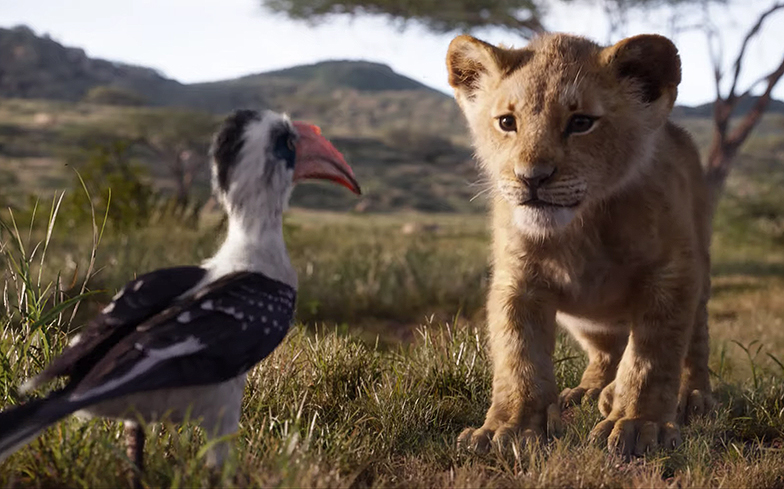 Disney have released the first official trailer for The Lion King.

The trailer for the live action remake features some of the most iconic moments from the original animated classic, including Simba and Nala being ambushed by hyenas, the wildebeest stampede, and Simba running away from home.

“Everything you see exists together in a delicate balance,” says Simba’s father Mufasa, voiced once again by James Earl-Jones. “While others search for what they can take, a true king searches for what he can give.”

We even get a little teaser of Timon and Pumbaa singing The Lion Sleeps Tonight at the end of the trailer.

Donald Glover will voice a grown-up Simba for this remake, while Beyoncé will take on the role of Nala. Billy Eichner, Seth Rogen, Chiwetel Ejiofor, John Oliver, and Keegan-Michael Key are also part of the cast.

The Lion King will be released on 19 July and forms part of a humungous line-up of new movies for Disney next year.

As well as live-action remakes of Aladdin and Dumbo scheduled to be released, there is also Toy Story 4 and Frozen 2 on the way.

Moreover, Disney will also be releasing Avengers: Endgame and Star Wars Episode IX in what is surely going to be a blockbuster year for the company.