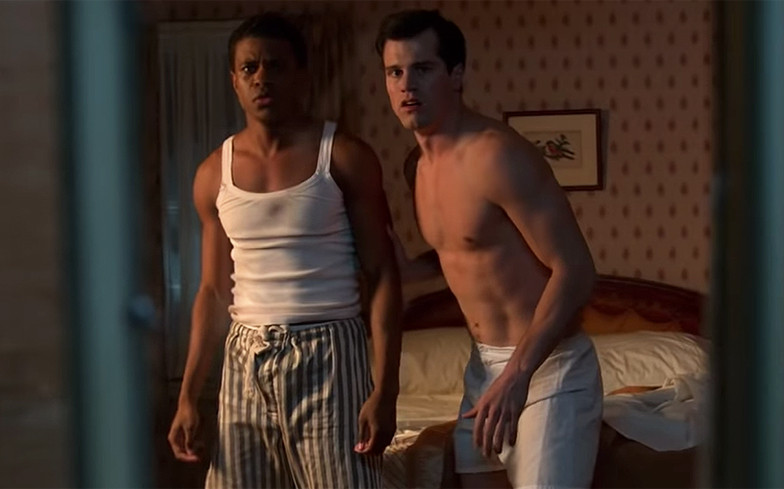 Hollywood is shaping up to be the TV event of the year.

After winning over audiences with hit shows like Glee, Pose and American Horror Story, telly mastermind Ryan Murphy is taking on Hollywood’s golden age for a brand new Netflix series.

Netflix have shared a first trailer of the new series, and as well as looking incredibly camp (Patti LuPone!), it’s also packed full of social commentary about the struggles the LGBTQ community and people of colour face in the movie industry.

Watch the trailer for Hollywood, which begins streaming on 1 May, here or below.

Speaking about the show, executive producer, writer and director Janet Mock said: “With the present so fraught and the future uncertain, we turned to the past for direction, uncovering buried history to spin an aspirational tale of what ifs.

Tony-nominated actor Jeremy Pope will make his television debut in the series.

It’s not the first time Ryan’s taken his obsession with old Hollywood to the small screen, as the critically-acclaimed first season of Feud followed the relationship between actresses Bettie Davis and Joan Crawford in the 1960s.

Hollywood will premiere 1 May on Netflix.