The first trailer for Love, Victor season 2 is a whirlwind of emotions 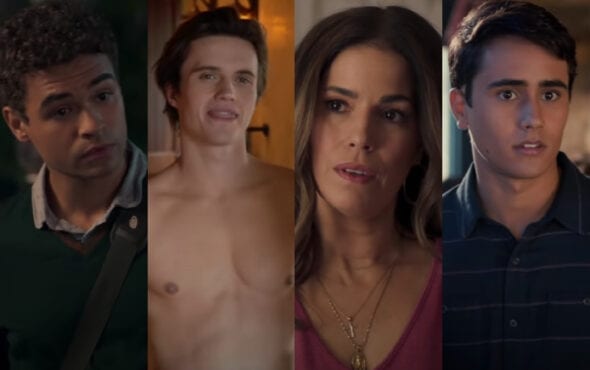 Hulu has released the first trailer for the second season of Love, Victor.

In the two-minute teaser, a newly out-of-the-closet Victor (Michael Cimino) tries to balance his new relationship with Benji (George Sear) and life as an openly gay star athlete as he enters his junior year at Creekwood High School.

Not only that, Victor’s mother Isabel (Ana Ortiz) and straight-laced father Armando (James Martinez) struggle to come to terms with their son’s sexuality. The latter can be seen saying, “It’s a lot for me to wrap my head around. It’s my son, it’s who he is.”

Season two of the beloved teen drama will also see the return of Isabella Ferreira as Pilar, Mateo Fernandez as Adrian, Rachel Naomi Hilson as Mia, Bebe Wood as Lake, Anthony Turpel as Felix and Mason Gooding as Andrew.

The first season received acclaim from critics and viewers, who deemed the series a worthy follow-up to 2018’s Love, Simon, which memorably made history as the first film by a major Hollywood studio to focus on a gay romance.

Ahead of Love, Victor’s season one debut on Disney+ earlier this year, we spoke with Cimino and Sear about what we can expect from the follow-up.

“It’s a little more spicier. I think that’s a very accurate word to describe it,” said Cimino. “It definitely expands upon everyone’s relationships.”

Sear added: “There’s a lot more evolution with their characters. It also goes deeper, for sure. It goes into some other… Yeah, it will be worth it.”

Love, Victor season two will premiere 11 June in the United States on Hulu. According to a press release from Disney+, the season will be available for UK viewers 18 June on Star. You can watch the trailer here or below.