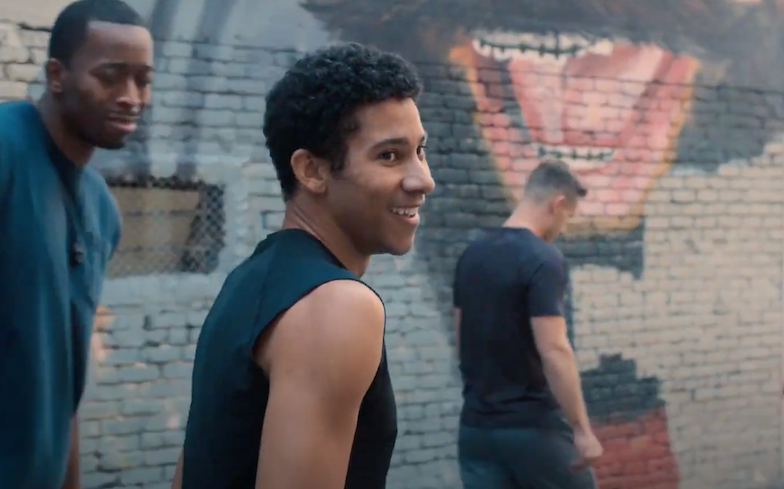 Hulu have released the first official trailer for the Love, Simon spin-off series, and it includes some familiar faces.

Love, Victor is set in the same world as the original film and focuses on Victor (Michael Cimino), a new student at Creekwood High School who, like Simon, is on a journey of self-discovery as he struggles to come to terms with his sexuality.

He will seek out Simon for advice on coming out and how to navigate the terrors of high school. Nick Robinson – who played Simon Spier in the groundbreaking teen romance – will narrate and produce the series.

Ugly Betty star Ana Ortiz joins Cimino as Isabel, Victor’s mother who is feeling the pressure after moving across the country, while James Martinez (One Day at a Time) will play his “guy’s guy” father Armando.

The trailer features all the aforementioned stars, as well as a surprise appearance from Love, Simon star Keiynan Lonsdale – who reprises his role as Blue – Drag Race icon Katya and 13 Reasons Why’s Tommy Dorfman.

In Michael Cimino’s new cover interview for GAY TIMES, the rising star said his character Victor was inspired by his cousin, who shared his experiences as a gay man with him to help give the story more authenticity.

“I asked him about his story, and how it affected him, and we kind of went on a deep dive into what affected him in what ways, and so in the end we kind of based Victor on my cousin because I wanted to represent his struggle,” Michael told us.

“My cousin is quite possibly my favourite person in the whole entire world, he’s my best friend and way more than a cousin, he’s like a brother. We do everything together. I respect him to the utmost degree and really appreciate him as a person.”