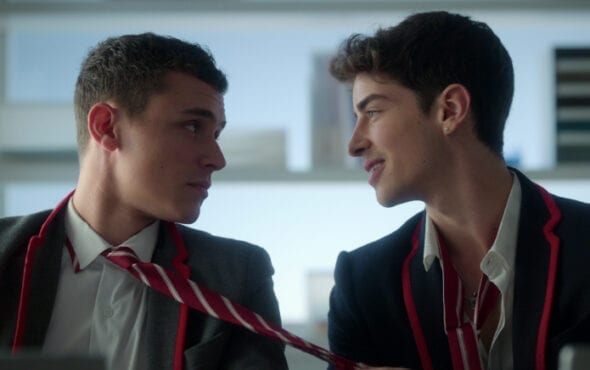 Elite’s fourth season looks like it will be the steamiest – and gayest – in the show’s history.

Speaking with Entertainment Weekly, showrunner Carlos Montero said the storyline will mark the show’s first attempt at “presenting an open relationship and what it means,” adding: “It’s funny to see because each side has a different perspective or view.

“And we thought that presenting this conflict was very enriching.”

Before the new season even hit our screens, the Spanish teen thriller was renewed for a fifth season with two more additions to the main cast: Argentinian actress Valentina Zenere and Brazilian actor André Lamoglia.

The fourth season returns to Netflix on 18 June.