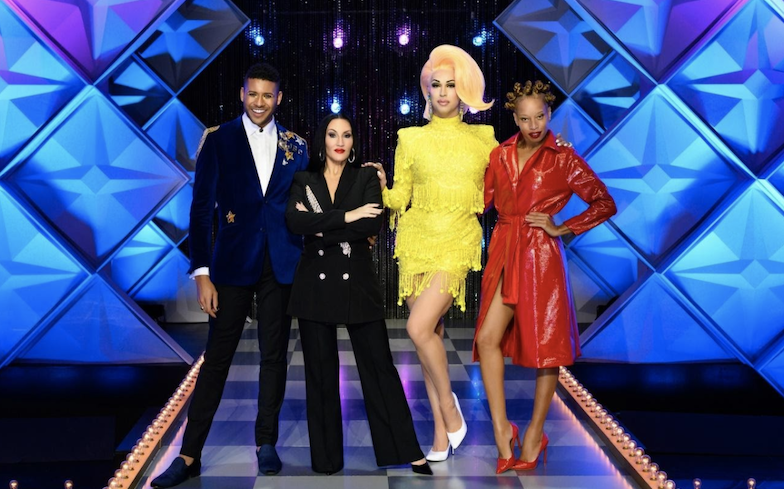 “Canada’s about to bring it. I don’t think ya’ll are ready.”

After months of anticipation, the first trailer for Canada’s Drag Race is finally here, H-E-R-E, here!

Coming to Crave and WOW Presents Plus on 2 July, the highly-anticipated series will follow 12 sickening competitors as they compete in a variety of different challenges for the title of Canada’s Next Drag Superstar.

It also teases Brooke Lynn Hytes’ reunion with her Drag Race season 11 judge Michelle Visage, as well as appearances from RuPaul (via satellite) and Drag Race UK contestant Crystal, who hails from the North.

The contestants can also be seen thirsting over UnReal star Jeffrey Bowyer-Chapman and gagging over Stacey McKenzie’s runway walk. Both stars will sit alongside Brooke on the judging panel.

Watch the ah-mah-zeng first trailer for Canada’s Drag Race below.

In addition to the title of Canada’s Next Drag Superstar, the winner will receive $100,000.

Joining Brooke, Jeffrey and Stacey will be Traci Melchor as ‘Canada’s first Squirrel Friend,’ who will make special house visits to test the queens with some challenges and provide a dose of reality when needed.

This week, the spin-off was confirmed to air in the UK on BBC iPlayer, which RuPaul said is “further proof that self-expression, creativity and the tenacity of the human spirit resonates around the globe.”

Fiona Campbell, controller of BBC Three, said: “We’re very excited that BBC Three will be the only place in the U.K. to watch the first ever ‘Canada’s Drag Race’ and to be working with World of Wonder again.