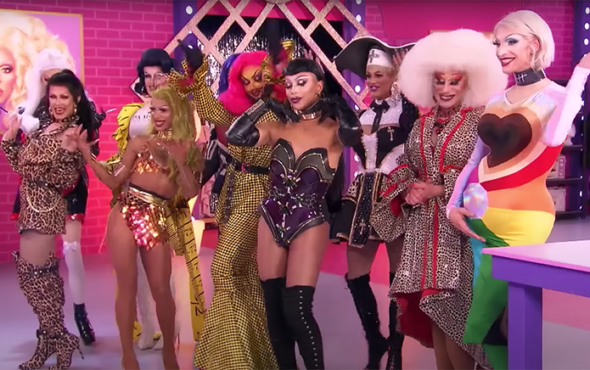 World of Wonder have dropped the first official trailer for Drag Race Holland.

The one-minute teaser shows the ten sickening Dutch contestants sashaying into the werkroom – catchphrase in hand, before receiving an extra special televised message from Mama Ru herself.

Dutch TV presenter and stylist Fred van Leer, who was recently announced as the host of Drag Race Holland, then stomps down the runway in head-to-toe drag. According to the trailer, the series will be broadcast in English and Dutch with subtitles.

In addition to the crown, the winner of Drag Race Holland will receive a cover shoot in the Dutch magazine Cosmopolitan Nederland, and a one-of-a-kind haute couture dress by the Dutch designer Claes Iversen.

“It’s all about charisma, uniqueness, nerve and talent and I can’t wait to see all the fantastic creations of the queens on the runway, the lip syncs and all the challenges we created,” Fred said in a statement. “A first message to our queens: You’d better work bitch! Good luck and don’t fuck it up!”

Fenton Bailey and Randy Barbato, World of Wonder co-founders, said in a press release: “We firmly believe in charisma, uniqueness, nerve and talent and can’t wait to welcome these 10 talented queens into the Drag Race family.”

(You can check out the profiles of each contestant here).

Drag Race Holland will exclusively premiere on WOW Presents Plus in the UK on Thursday 17 September at 11pm – watch the trailer below.