The first glimpse of Disney’s live-action Aladdin is here 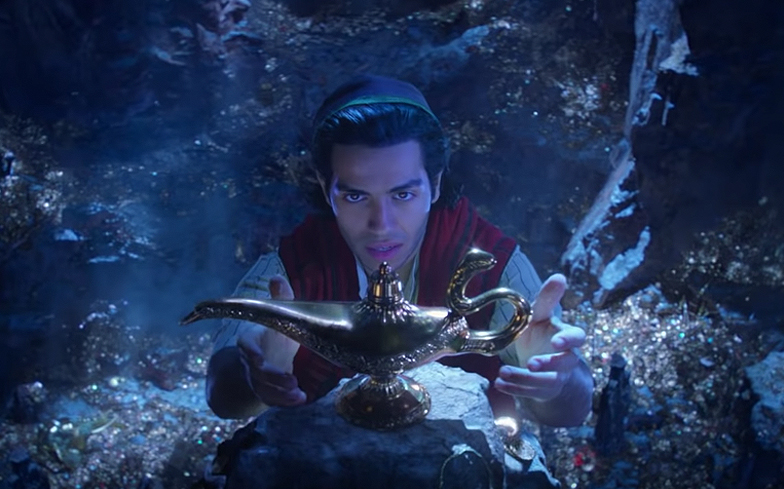 Get ready to return to Agrabah next summer…

Disney have revealed a first glimpse at their live-action remake of Aladdin, which will see Mena Massoud as the dashing titular character.

In this teaser we are transported to the vast desert outside of the fictional city of Agrabah in Arabia, as Aladdin steps into the Cave of Wonders to retrieve a magic lamp.

British director Guy Ritchie is at the helm for this live-action remake, while Alan Menken provides the score with new recordings of the classics we loved from the animated version.

What’s more, Howard Ashamn and Tim Rice have written two brand new songs to be included in this reimagining.

Although we haven’t seen them in the roles yet, Naomi Scott will play Disney princess Jasmine, while Will Smith takes on the iconic role of Genie.

The cast started production on the live-action remake in London last year, sharing the first picture of them together from the set.