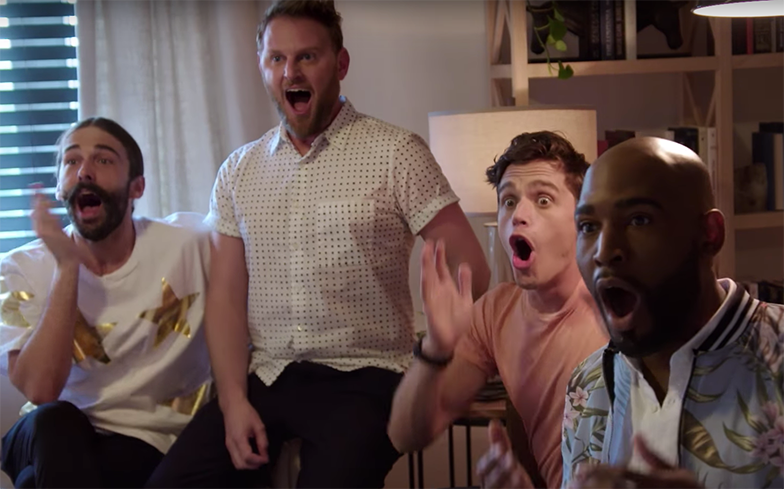 The first trailer for Queer Eye’s highly-anticipated third season has finally been released.

In the trailer, the team are seen giving a helping hand to their first lesbian hero, Jess, who emotionally says: “They expect me to be someone else — more black, less white, more gay, less gay. I feel like I don’t belong.”

It also provides a preview of a man who depends on alcohol and is “running out of options”, and a woman who confides that she has let herself go after her brother died in a car accident.

We’re already crying and this is just a fucking trailer. Watch below.

Later this year, the gang will intertwine with Japanese culture for four special mini-episodes, which will see them transform the lives of four Japanese men and women from different cultures and backgrounds.

The first two seasons are available to stream worldwide on Netflix.

Related: Queer Eye’s Tan France will be going on a UK book tour.