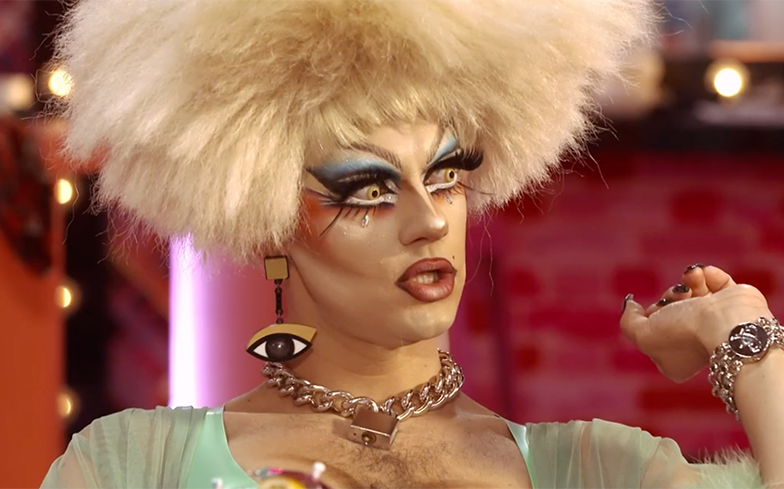 We’re having All Stars 3 flashbacks…

It looks like there’s a massive twist in store for our final three Drag Race UK queens.

This week, Baga Chipz, Cheryl Hole, Divina De Campo and The Vivienne gave their loved ones a drag makeover. Ultimately, Cheryl was told to sashay away after a show-stopping lip-sync against Baga to Tears Dry on Their Own by Amy Winehouse.

In the preview for next week’s finale, Mama Ru announces their final, show-stopping maxi-challenge: they will be “serving us an all-singing, all-dancing performance” and “lip-syncing for their life… and the crown”.

Strictly Come Dancing star AJ Pritchard and his brother, Love Island alum Curtis Pritchard, will be choreographing the queens. We catch a glimpse of The Vivienne struggling with the routine – but is it just throwing us off? Will she slay?

However, the most gag-worthy moment of the preview shows the eliminated queens ruturning (gasp!) and honey, they look mad. Real mad. “Where did these bitches come from?” Baga shouts in her confessional as Blu Hydrangea sips her T.

It bares a striking resemblance to the final episode of All Stars 3, which saw the eliminated queens return to decide who deserved a place in the top two. It’s widely regarded as one of the worst decisions in Drag Race HERstory (justice for Shangela).

Is HERstory about to repeat itself? If so, who do you think will sashay their way to the top two of Drag Race UK?

The final episode of Drag Race UK airs next Thursday on BBC Three. All seven episodes are available to stream on BBC iPlayer.