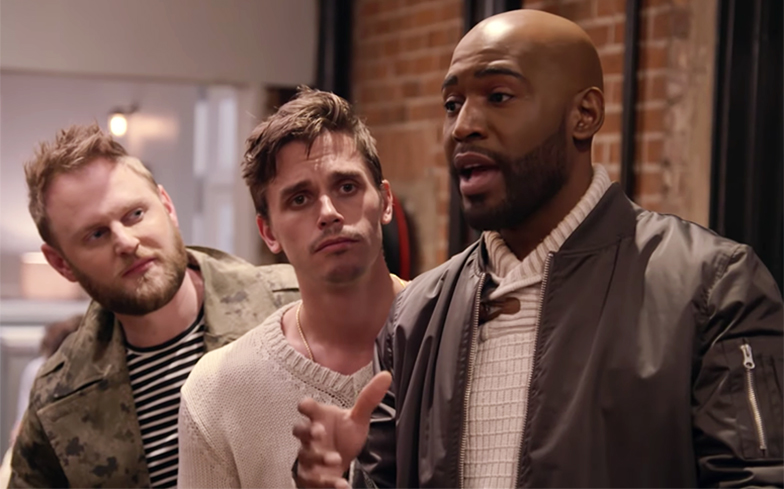 Can’t get enough of Queer Eye? You’re in luck.

The universally-beloved Fab Five may have just returned for a second season of fabulous makeovers and life advice in Netflix’s reboot of the early 00s reality show, but that’s not the only content they’ve got for you.

A new 20-minute episode shared by Netflix on YouTube sees Bobby, Karamo, Tan, Jonathan and Antoni go international as they travel to the town of Yass (yes, it really exists) in New South Wales, Australia to meet two men in dire need of a makeover.

“Here’s the thing: I think because Australia just legalised same-sex marriage, it’s only fitting that we would sweep into a gorgeous little town and create a gorgeous community moment,” Jonathan says.

First up is farmer George, a single man in his 50s with three kids, who was nominated by his son Levi. At first, it seems like the Fab Five are going to have a struggle on their hands, as George doesn’t even feel comfortable hugging them.

“I do not think George has ever had four American gay men with one gorgeous Pakistani Brit ever come at him so aggressively for cuddles,” jokes Jonathan.

Meanwhile, Antoni and Bobby take on the task of renovating a bistro owned by Rachel and Mark, with Bobby redecorating and Antoni revamping the menu, before inviting the whole town to try out the new-look venue.

Of course, it wouldn’t be Queer Eye without a few happy tears, and fortunately we get that when George and his son Levi share a tender moment at the end of the episode. Warning: You might want to grab some tissues.

Watch the new mini-episode below.