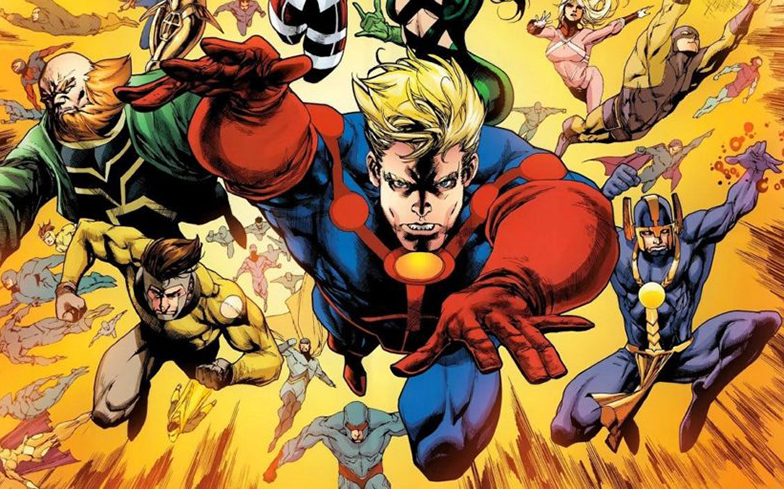 “I think they took a big risk with this one. I think they’re going to surprise you.”

Director Chloé Zhao opened up about the highly anticipated film in a new interview with Jess Cagle from SiruisXM.

“Well, I do think, this is so boring you are going to roll your eyes, but I think Marvel, I think this film is very – I think they took a big risk with this one. I think they’re going to surprise you. I hope so,” she said.

The Eternals will introduce Phastos a queer superhero, who is played by Brian Tyree Henry, and will feature the MCU’s first gay kiss.

In terms of risks, the Nomadland director elaborates on the lucrative cinematography direction that the film underwent.

“I think this is where Marvel really took the risk that we knew we wanted to shoot on location because by shooting wide-angle lenses on locations, it’s going to affect how you do visual effects.

“It’s going to affect how you do the action. There’s a lot that will feel and look differently. We shot mostly on location, but I love being on the stage, learning about the technology, cus I grew up with manga,” she continued.

Excitement for the film’s release has been unanimous amongst Marvel fans.

Haaz Sleiman, who will play the husband of superhero Phastos (Brian Tyree Henry), confirmed the news in an interview with NewNowNext and said it was a “beautiful, very moving” moment to film.

“Brian Tyree Henry is such a tremendous actor and brought so much beauty into this part, and at one point I saw a child in his eyes, and I think it’s important for the world to be reminded that we in the queer community were all children at one point.

“We forget that because we’re always depicted as sexual or rebellious. We forget to connect on that human part.”

The Eternals is part of Marvel’s Phase 4 release schedule.