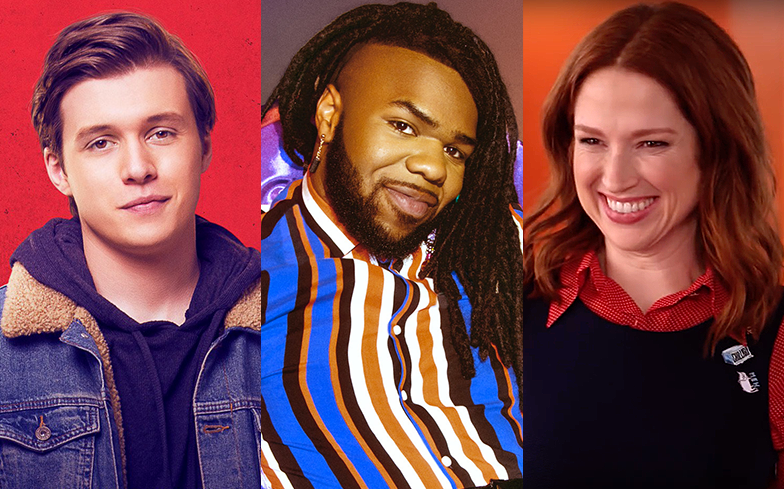 Lily Allen, MNEK and Hailee Steinfield provide us with some pop bangers, Love, Simon receives its digital release in the United States, and the first six episodes of Unbreakable Kimmy Schmit’s final season are now available for you to binge.

MNEK’s brand new single – a collaboration with American singer Hailee Steinfield – is the follow-up to the British star’s incredible pop anthem, Tongue. LGBTQ fans have resonated with the track, and have hailed it as an anthem for the community due to lyrics such as: “Before you came into my life, everything was black and white. Now all I see is colour, like a rainbow in the sky.”

Lost My Mind is the third single from Lily Allen’s upcoming, highly-anticipated fourth studio album, No Shame. The honest, uptempo number sees the British singer/songwriter admitting that she’s, well, lost her mind over a failed relationship. We’ve all been there babe.

Fans in the UK might have a little while to wait until the 8 August release date, but those of you in the United States will be able to pick up one of the biggest LGBTQ movies of the year – Love, Simon – this weekend. In case you’ve been living under a rock, the movie is the first gay teen romcom to be released by a major studio. If you haven’t seen it yet, it’s definitely worth a watch (or several).

Fans – and us – were devastated earlier this month when it was announced that Unbreakable Kimmy Schmidt’s fourth season would be the last. However, you’ll have a little while to wait until the finale, because Netflix have split the season in two. The first six episodes have been unveiled this week, and the final seven will debut in January next year. All your favourite cast members return, such as Ellie Kemper, Tituss Burgess, Carol Kane and Jane Krakowski. We cannot wait to binge this after work…

American actor Ross Lynch stunned fans when he revealed his decision to star as serial killer and rapist Jeffrey Dahmner in an autobiographical drama. A far cry from his wholesome role as Austin Moon on Disney Channel’s Austin & Ally, it’s safe to say there were those who weren’t convinced he could pull off such an uncomfortable, dark role. But since the movie’s release, the 22-year-old has received widespread acclaim for his performance, and the movie has received highly positive reviews. We smell an Oscar… or at least a Golden Globe nomination.